Oprah Winfrey shut down a few blocks of Michigan Avenue for the taping of Thursday's show. The event attracted quite a crowd and I'm sure it will show off my city beautifully. Ended up on the train home this evening beside a middle-aged man who was thrilled to have attended the taping. It was obvious when he struck up a conversation that he's slow. He couldn't believe his good fortune in getting as close to the stage as he did. He couldn't wait to get home and hopefully see himself on TV. This was the thrill of a lifetime for him and I'm glad I removed my iPod headphones and listened to him. He needed to share and it was uplifting to hear.
Posted by The Gal Herself at 9/08/2009 08:07:00 PM 1 comment:

Day 8. Good gal. I knew I wouldn't be able to work out today, but that's OK because I exercised so thoroughly for the last three days my muscles could probably benefit from a night off. But I have stayed well within my 1890 calorie limit, partly because I went with grapes for dessert instead of the cinnamon candy I really wanted. I also walked an extra half hour to Union Station to pick up my Amtrak ticket (client meeting on Thursday). Feeling more virtuous than deprived, which is a good thing.
Posted by The Gal Herself at 9/08/2009 07:54:00 PM No comments:

In case you want to re-indoctrinate your child

The Who, What, Where, When and Why Would You Meme 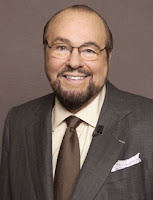 • do you just wanna smack? My oldest friend. Sometimes she doesn't act in her own best interest.

• do you trust? My best friend.
• do you talk to when you're alone? James Lipton of The Actor's Studio

• dangerous things do you do while driving? Considering I haven't driven since Reagan was in office, the very act of my getting behind the wheel would be dangerous.
• are you allergic to? Bee stings. My epipen is with me at all times between May and the first hard frost.
• is Satan's last name? Ono

• is the last thing that moved you? In For The Thrill of It, the book I just finished about 1920s thrill killers Leopold and Loeb, I was moved by how badly their parents wanted to save these two little creeps from the death penalty

• is the freakiest thing in your house? Define "freaky."

• is it time to turn over a new leaf? Spring, the time of rebirth.
• will you be all that you can be? I like to think it will happen someday.
• is enough enough? "101." This response was inspired by a favorite oldie of mine, "This Old Heart of Mine" by The Isley Bros. "But if you leave me 100 times, 100 times I'll take you back." When we hit 101, enough is enough.
do you go to the dark side? When my train of thought jumps the tracks

• are your pants? Carmen Sandiego took them.
• is your last will and testament? My safety deposit box.
• is your junk food stash? Kitchen counter, right out in plain sight. I believe we should each have the integrity of our junk food.
• is Carmen Sandiego? I don't know. But if you see him, please ask him to return my pants.

• was the Lone Ranger alone? Because there are so many things about him we don't know anything about. That we couldn't understand. That we shouldn't understand ... NO, WAIT! That was Pee Wee Herman! I don't know why the Lone Ranger was alone.
• was The Scarlet Letter scarlet? Inspired by Miss Scarlet in the game of Clue. Duh.
• are musicians sexy and plumbers not? I don't know that's true. After all, I'd rather do Mike Delfino from Desperate Housewives than Charlie Watts.
• are there no seat belts on school buses? There should be!

• Channel for a doughnut and coffee? If not that, what? Nah. I hate coffee.

• forgive someone who deliberately hurt you? I have.

• rather believe a lie if it hurt you less than the truth? Yes.

• you still be alive if you were sucked out of an airplane window? Would you just float around in space for while? Gee, thanks Your Highness. Anything related to botched air travel terrifies me. So yes, I'd be alive for a few, terrifying, excruciatingly painful moments as I desperately and unsuccessfully try to breath.