I know it's Saturday evening, but I need a nap! 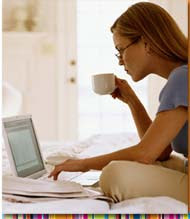 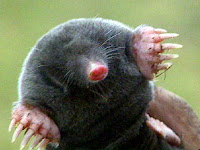 No, not like him. I'm talking about one on my left cheek, about midway between eye and nose. It spontaneously started bleeding this morning and I couldn't get it to stop. I admit it frightened me and I had my dermatologist paged. On a Saturday morning. Before 9:00 AM. He was in his backyard, gardening before the sun got too hot.

He's so great. So friendly, putting me completely at ease. First he asked me which mole on my face, the one on my cheek or the one on my lip? So he remembers me, which made me trust him more. Then he asked me when I'd last had aspirin -- which was late Friday night when I had my migraine meds. He said the big dose of aspirin probably exacerbated whatever was wrong with mole, then he told me to put pressure on it with an ice pack until it stopped bleeding and then plan on getting in to his office Monday or Tuesday. He won't be there -- he's on vacation next week -- but he reassured me that this isn't anything his associates can't handle.

I know the mole will probably come off, which rattles me because it's on my face, I've been looking at it for 50 years and I'm used to it. But he may have to remove it to biopsy it, and that's more important than my personal comfort, isn't it?
Posted by The Gal Herself at 6/27/2009 03:36:00 PM 3 comments: Links to this post