Something beautiful amid all the ugly 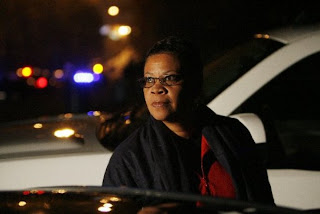 I am so impressed with Carol Williams.

She is the first wife of Washington DC sniper John Allen Muhammad and the mother of his oldest child, a young man named Lin. She went to Virginia for the execution because she wanted her son, who really never saw Muhammad and considers his mother's long-time fiance his dad, to say whatever he felt he needed to say. Then, she said, she and her fiance would bring Muhammad's body home for burial.

Muhammad cheated on her during their short marriage and left her to raise their son alone. She has no doubt that he was guilty of the attacks that left people dead, injured, and terrified. She does not delude herself that he was ill or misunderstood. She told Larry King, "I'm praying for myself, for my son, and also for the families of the victims."

Yet she made the trip to Greenville Correctional Center so her adult son could find closure, or at least have no regrets about not saying goodbye. Then she and her fiance brought the executed sniper's body home.

I don't know how any of the TV talking heads and politicians who act like only they can define Christianity feel about this, but I believe Carol Williams walks it like she talks it.
Posted by The Gal Herself at 11/12/2009 02:29:00 PM 3 comments: Links to this post