Change is NOT always good 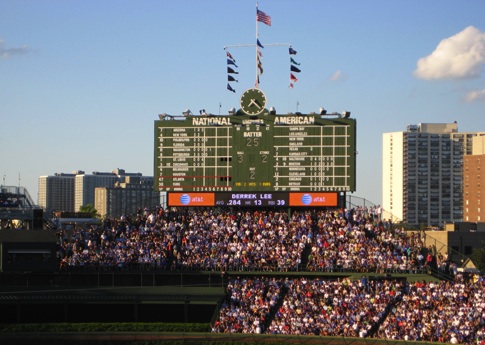 My Chicago Cubs plan to fuck with that enduring tabernacle of baseball, Wrigley Field. I am not happy. 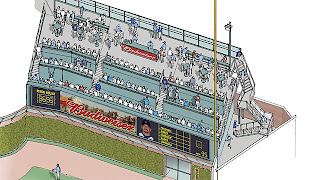 Do we really need a Budweiser Patio that features "LED signage and can accommodate 150 people?" Hell, no! Of course it has not escaped my attention that the Cubs don't care what I think. The owners believe that they need to renovate/modernize the park and bring in extra revenue with sponsorship.

Cub Con was this past weekend and fans were assured that this abomination will not interfere with any of Wrigley's landmark features, such as the ivy or the scoreboard.

I wish I'd gotten to see this

Bonnie and Clyde opened on Broadway in November and closed by year end. Too bad, because I am intrigued. First of all, it's a great story for this economic climate. Our morals go a little wacky when times are tough. And, in a world where Kardashian is a household name, the blurring of fame and infamy sounds right for the times, too.

Then there's the staging. A story that depends on violence and car chases on stage? Let's see how they do that.

And finally, which B&C story do they tell? Is this the landmark movie brought to the stage? Is it closer to reality? Or is it a third spin?

Damn, I wish I'd gotten to see this!

Mitt Romney is a good and decent man

... with whom I disagree on just about everything. Especially his desire to cut programs that benefit the poorest among us, rather than raise taxes. 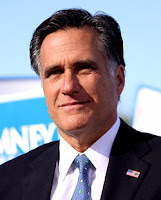 But I bristle when I hear that he's anything but a good and decent man. For there is no evidence to the contrary. None.

This post is born of my experience working for Senator John Kerry's campaign. A genuine war hero* who became a pacifist at heart, a sensitive intellectual who could eloquently argue against the death penalty, he was the clear, correct choice for President in 2004.

Yet he lost because of the way the Bushies painted him. He was cold. And weird because he could speak fluent French and has a foreign born wife. Because he didn't mention Baby Jesus in every sentence, his faith was questioned. Because he was nuanced and would compromise to gets bills passed, he was a "flip flopper." And when he deviated from his prepared text -- which, unfortunately, he did a lot because he's smart and got bored giving the same speech over and over and over and over again -- he flubbed and flubbed badly.

In short, he's not that different in superficial ways than that other man from Massachusetts, Mitt Romney. Who can speak French, who isn't "Christian enough," who was more liberal when governing in his very liberal home state than he is nationally, who has been known to say stupid things when he speaks off the cuff.

I trust Barack Obama will not stoop to Bushie tactics and paint Mitt Romney as cold and weird, as anything other than a good and decent man with whom he disagrees. I will be desperately disappointed in my President if he does so, for it's no better than the conspiracy theorists who insist he's from Kenya, or call him a Marxist/Socialist, or question his patriotism.

And I hope my fellow Democrats will remember what happened to Sen. Kerry (although because he's not a beloved figure, they may have forgotten) and watch the personal attacks on Mitt Romney. They are irrelevant and worse, they are wrong.

I hope Barack Obama wins reelection this fall, but I hope he does it in a more honorable way than George W. Bush defeated Sen. Kerry.