Happy to be home

... in front of the set, already in my jammies, watching the Cubs play the Cards. This is a great rivalry, and both teams seemed stoked for it. I endured a rather (unnecessarily) shitty afternoon (see post below), but I'm home now, enjoy the ballgame and remnants of my beer buzz. Ah, bliss!
Posted by The Gal Herself at 9/18/2009 07:56:00 PM No comments: 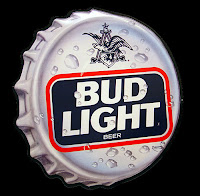 You know how annoying it is when little things somehow become big, hairy things?

Before he left for the day, my boss let me know that next week he's going to be tied up in the studio (which is on another floor) and not around very much. I am the only one of the team he shared this with.

We have a pair of assignments that must be presented to the client this coming Thursday. I let the art directors know that even though Boss Man said he wanted to see things Monday afternoon, his mind no longer seems to be in our projects because of the studio work and it makes sense to send him an invitation via computer, choosing a time when they agree they'll be ready on Monday. That way they have a deadline to work toward, and my boss can plan his studio time around that Monday afternoon meeting.

"No," said the art director I'm partnered with. "We'll just catch him and show him when we're ready."

But, I explained again, he made it plain to me he wouldn't be around this floor very much on Monday, so the whole "catching him" thing may not happen.

She replied that "he knows he needs to see this stuff, he knows when it's due." She maintained that sending him a formal invitation and getting on his calendar would be "redundant."

Now my portion of these projects -- the writing -- is done. It's all up to the art directors to take it from here. I can't possibly know how long it will take them to complete their portions. I know that, in order for us to meet the deadline, my boss needs to see everything and request his changes by end of day Monday. I also know that he made it abundantly clear that his focus next week is going to be on broadcast, not our print projects.

I don't KNOW why there is such resistance to setting a time on Monday, but I suspect it's because my art director has been farting around today and isn't anywhere near as done as she should be or expected to be.

I backed out of the art department and fled for the sanctuary of my office. Monday is going to be a cluster fuck, but I refuse to "mother" three art directors, especially since the youngest is nearly 40. I'm just going to keep my head down and hope that the Friday Beer Cart gets here early. Then I'm goin' home!
Posted by The Gal Herself at 9/18/2009 02:51:00 PM 2 comments:

Do you believe in love at first sight? 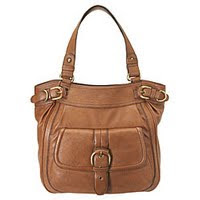 Friday. I am a good girl, all the way around. I had a 775-calorie lunch from Subway instead of the 820-calorie one. I did 32 minutes of cardio, some lateral pulls and lots of leg exercises. My legs feel delightfully noodley.
Posted by The Gal Herself at 9/18/2009 01:57:00 PM No comments:

I dozed off on the old sofa again. At a little after 2:00 AM I woke up and found myself very, very awake. So I checked out what's on cable and found a funny comic named Jimmy Pardo. I would have enjoyed it more if not for the commercials.

It's not that they interrupted the comic's flow. Comedy Central's editors preserved that. It was their content: Extenze "male enhancement," phone lines for singles right here in my neighborhood, and "love in a tube" lube. I somehow feel that I am not in the demographic these ads are aimed at.
Posted by The Gal Herself at 9/18/2009 02:53:00 AM 1 comment: