I sent money to UNICEF. I encourage everyone to help our Haitian neighbors as much as they wish to and in the way that feels most comfortable.

But why can't we show this same enthusiasm when it comes to helping those we encounter in our everyday lives?

Yesterday I saw two people on the streets of Chicago that no one was interested in helping. The first was a homeless man, standing under the awning by the el stop, cup in hand, same as always. Commuter after commuter walked past him as though he was invisible. I admit there have been mornings that I not only haven't given him change, I haven't even given him a smile. Friday morning I saw him do an extraordinary thing -- he crumbled up a bit of the empty hamburger bun he was having for breakfast and tossed it to the pigeons. If he could share his "bounty" with other creatures in need, so can I. If I can send money to assist Haiti's children, I can drop some change into the cup of the cold, homeless man whose breakfast is an empty hamburger bun.

The second was a man in a wheelchair, foot in a cast, who was desperately trying to get someone's -- anyone's -- attention outside Union Station. He had arrived on the Amtrak from Florida and was trying to get to the other train station (just a few blocks up the street) and to the friends he's visiting in the Chicago suburbs. But the cold night air triggered his asthma and while he was struggling with his inhaler, someone walked off with his pouch. His phone was gone. His cash was gone. He was so vulnerable and brave, trying to find someone to help him but not exploit him. I dug into my wallet and gave him $14, the petty cash reimbursement I just received a few hours earlier. I wish I could have given him time, too, but I had to get the enormous art boards for Tuesday's presentation home safely and they could NOT be rained upon.

I worry that while everyone opens their hearts to Haiti, they then may have to close their wallets to the charities they normally donate to. So many not-for-profits are already suffering in this economy.

My Haitian problem reminds me of that song from Hair, sung by Three Dog Night. "Easy to Be Hard." I hope that we all don't find ourselves just caring about "the bleeding crowd," and ignoring "the needing friends" in our own lives. 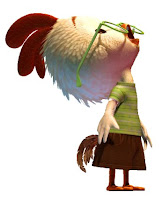 Last Monday, five days ago, I told my boss that this week was going to be difficult. Not impossible, not even back-breakingly hard, but difficult. I gave him a rundown of why (which, one could reasonably argue, he should have known already), and asked him to coordinate with the account team. After all, I am not a boss.* I have no real authority over any of my coworkers. Except to be a nagging bitch, which gets tiresome. So I wanted him to man up and be the boss.

Most of the week I just kept slogging. I want to do my job well. I respect my client and want to do right by them. I felt I was making compromises to keep the peace in the office because having the days go by uneventfully seems to be what my boss wants. However, I have not always been happy with the quality of product we are cranking out. This is especially distressing to me because we begean the year with unpleasant news about the status of our business.

On Thursday, my boss called me from the road to tell me how things looked on his end and he told me, pleasantly but firmly, that Friday was going to be difficult and he really needed me in before 9:00. I was perplexed because 1) DUH! I knew Friday was going be hard and flagged it to him days ago! and 2) my opposite number, Phil, wouldn't be in until 10:00 because of a long-scheduled dentist appointment. But whatever. I had told my boss I needed him to run things, coordinate things, TO BE THE BOSS and make sure the work got done and was confident he wouldn't let me down.

So imagine my surprise when I got in yesterday at 8:50 and saw my boss walking around rather aimlessly around. "Phil's not here. I mean, I knew that. But what are we going to do till he gets in?"

So the Bossman is asking me? He clearly forgot Phil wouldn't be in for our first, internal creative review. Goodie. Hanging up my coat and changing out of my boots I faked a plan of attack, even though I felt the direction should have been flowing from him to me, not the other way around. I said we could go over my work at 9:00, Phil's at 10:00, and then sit down with the account team at 11:00. He nodded.

So now it's about 9:15. I am collecting the rest of the team -- minus Phil -- to go over our work with our boss before we show it to the account team. The account team that my boss was supposed to talk to earlier this week, to coordinate with days ago. As I head to the conference room, I hear little computer alarms going off in office after cubicle. The account team has set up a meeting from 10:00 to 10:30 to review our work.

That can't happen. My boss has no plan. He has discussed nothing with them.

I have no authority over them. I feel like I spend a portion of every workday trying to get things worked out with a resistant account team and I am tired. I have asked my boss to do it. He has not.

"So we're supposed to meet with the account team without Phil?" I ask, calling out to my boss on my way into the ladies room. It's obvious he hasn't seen the meeting invitation and knows nothing about it. Good, fine. So glad he's on it. So glad he's handling it. So glad he's doing his job?

I slip into the conference room and hear him telling the rest of the team that I am "starting the Chicken Little shit already." He did seem startled to hear my voice over his shoulder, "And here she is, Chicken Little herself."

What I really wanted to say was, "Fuck you."

Neither he nor I acknowledged the embarrassing moment and dove into the work. But I can't tell you how disheartened and pissed I am that HE was angry at ME. For not doing his job to his standards, I guess.

All of us wanted to get out of the office by 5:00 yesterday because it's the beginning of the long MLK weekend. My boss caught his early train by leaving at 4:30. I was on the 6:40. He didn't even review the work with me before he left, so he won't have a chance to compare notes with me before I present it at 1:00 on Tuesday afternoon, down at the clients' office.

But the way I get it all accomplished, I guess, is by riding people and expecting a lot from them and "starting the Chicken Little shit" from word go.

If he doesn't like it, perhaps he should take over from me a bit.