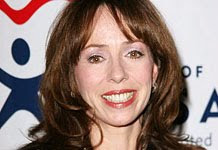 I believe Mackenzie Phillips was sexually abused by her famous father. It explains her particularly sticky problems with overcoming addiction. The shame and pain she was anesthetizing must have been powerful.

That's why it bothers me that so many around her are blaming her for what happened. She's making it up ... or she's responsible for seducing him by being too "clingy" ... c'mon, if it went on for 10 years she must have enjoyed it ... how dare she sully his name when he's not here to defend himself.

This attitude, while typical (at least according to this column), is very disturbing. Why do we blame the victim? As I asked in an earlier post about Roman Polanski: how much damage are you entitled to do to others because you are talented?

The girl who "went after" Kobe Bryant was a gold digger and a whore. The kids who accused Michael Jackson were teeny-tiny scam artists. The child who was raped by Polanski is now a woman who wants to keep the past in the past, so why must poor Roman punished? Nicole Brown dressed provocatively and flaunted her sex life in her ex-husband's face, so what did she expect? Bryant, Jackson, Polanski and Simpson were all more famous, more talented and more powerful than those they victimized, and it seems the public just doesn't want to see heroes brought down.

I wonder what the impact of having the victims minimized or publicly pilloried is: Are other girls who are raped, wives who are the subjects of domestic abuse, children who are molested, less likely to step forward? That would be a tragedy. For, to paraphrase Ms. Shelton:

I agree the last point is true

Glad I got to tell her 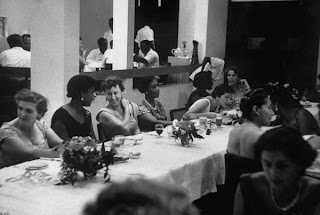 My former boss and current theater buddy Barb and I went out to a "cultural event" last night. The performance itself was pretty pretentious ... a poetry reading accompanied by a string quartet. She and I disagreed on why it was bad (I think the thespian/esteemed man of letters who did the reading was 100% ham hock, she just thought the poem blew), but agreed that the other patrons in attendance and the dinner served after were terrific (wherever I go with Barb, I know there will be good hootch!) and we agreed to attend similar events they sponsor through the end of the year.

For me, though, the best part of the evening was being able to tell Barb what a positive impact she has had on so many women's careers. She'd had a long, difficult day at work and said, "Sometimes I think my whole staff hates me." I was tempted to be a smart ass and say, "Surely not your WHOLE staff!" Instead I told her the truth ... that while working with Maggie over the summer, she credited Barb for her ability to think like a marketer, that my friend Kathleen remembers Barb's critiques of her work (good and bad) as she strives to improve, and that what professionalism I have gained over the past 12 years of so of our acquaintance I owe in large part to her.

She brushed off the praise, repeating, "Sometimes I think my whole staff hates me." But I know she heard me and I believe it made her feel better. Besides, it's true, and I should remember to praise the people in my life more often.
Posted by The Gal Herself at 10/01/2009 10:26:00 AM 1 comment: