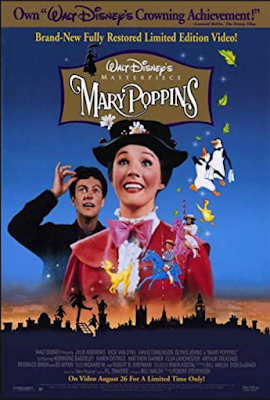 The week in captivity

I've been moody this week. It started with the Easter-that-wasn't. I attended church online, made myself a special meal, and enjoyed a nice chat with my friend Henry, but it was a weird holiday because of the corona virus. Then there was work -- first my boss retired, then we had layoffs. There's been some drama on the condo board that I don't feel like recounting just now.

I didn't tackle any of the projects I intended to. I barely read 10 pages of the two books I've started. I did binge through The Morning Show on my free week of Apple TV. While I enjoyed it, I don't know that finishing it counts as an accomplishment.

I'm fixated on weird shit. I picked up carryout from Boston Market, but on the way home I threw my Coke away. The guy at the counter wasn't wearing gloves when he gave me the lid. Was that wise or paranoid? Then there's the new cover for my bathtub drain. I want a nice little vented plastic thing to catch the hair, but I can't find one that fits over my pop-up drain. The one from CVS is too small. The one from Amazon is tall enough, but the holes are too big. I have high hopes for the as-yet untried one that arrived from Walmart.com. I have become the Goldilocks of vented plastic things!

So to cheer myself up, I'm going to recount the nice moments:

•  Martin's birthday. My friend Kathleen hosted a Zoom party for her husband. I joined at about 6:30, and by that time he'd been drinking since noon. I don't blame him. He turned 60 during a pandemic, and was celebrating this big birthday without his mom, his older brother and one of his sisters-in-law -- all of whom died in the last two years. 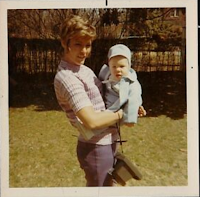 Anyway, he was drunk and funny and hyper-emotional. At one point, he got up and walked out of frame. He came back waving an old photo. It was me, holding his daughter. The day, decades ago, when Kathleen went into labor, Martin was downtown without a car. So I went to the hospital with her and held her hand as she checked in. I stayed through her first stages of labor until Martin arrived. I picked up their older child from preschool and took care of him until Martin could come home and tell him about his baby sister.

By sharing that photo with everyone at this Zoom party, Martin was saying, in his sloppy and slightly impaired way, that I was part of their family. It was charming and sweet and meant a lot to me.


•  Three hours! My oldest friend and I broke our previous record for blabbing on the phone. We were watching the Magnum PI reruns on the Hallmark Channel together, just like we used to watch it together on Thursday nights back in the day. How we laughed! I felt positively healed when I hung up.

•  "I love you, Gal." Henry's husband, Reg, is coming to a heart-breaking conclusion: Henry is no longer getting better. His condition has deteriorated since I saw him at Christmastime. I wrote Reg a long email, explaining to him that I think Henry needs around-the-clock care. Maybe not forever, but right now. I wanted Reg to know how I felt, and that I support any decisions he makes in this regard. Reg wrote back that he loves me. His response was important to me, since I was afraid perhaps I'd overstepped.