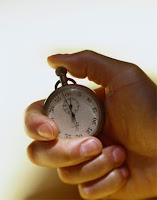 Go ahead. Time it. See for yourself. You can sing "Just the Way You Are" all the way through almost two times in six minutes.

That's how long the grown man sitting across from me on the train picked his nose. And picked. And picked. I know because I actually timed him. He was elderly -- somewhere between 60 and death -- and slender. And apparently quite mucous challenged. 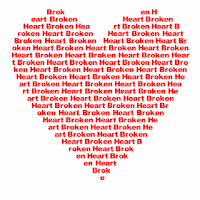 PLEASE NOTE: Thank you, ladies (and, maybe, Andy) for the kind words on this post. It alwasy helps to feel understood, especially when I've lost the one person who really "got" me.


I severed ties with my best friend at 6:00 PM on Friday. At that point it had been 7 1/2 weeks since we last spoke ... when he told me that his wife had deemed our five-year-old friendship "inappropriate" because he shared more with me than he did with her.

During that time I sent him no fewer than 50 emails, assuring him that as long as he wanted me to give him room to figure out with her what "an appropriate" friendship looked like, I'd be happy to. But he never answered a one. Sure, some were of a personal nature, but those were about my life, not his. Most of them asked how his Christmas had been, if he and the family had any ski plans, how his job was, a picture of Scott Brown naked, you know, superficial stuff. Just to maintain contact.

He didn't answer any of them. It's humiliating and painful.

"Pride can hurt you, too," both my shrink and The Beatles warn me. My shrink told me that it might not always be this silent between us. That if his wife really put her foot down, she may be checking his voicemail and emails. After all, he works from home and doesn't have a ton of privacy.

So maybe, sometime down the road, I may hear from him again.

I know how serious his problems at home are. I understand that he has two little girls to consider in this. I appreciate that both he and his wife are the children of divorce and are, consequently, conflict-averse in their marriage. I know that he believes in that saying, "If Mama ain't happy, ain't nobody happy."

I also know I have done nothing wrong and it makes me angry. I mean, THIS ISN'T FAIR! We've never even kissed, much less made love. How come my feelings get blown up like just so much collateral damage?

I am worried about him because this isn't him. He could talk until all hours of the night about real things. He was so worried about me in November, 2004, after John Kerry lost the election and a year of my volunteer work and many of my ideals went down the drain. He's the one who gave me so much support and real-life advice when I had problems with my job, my self esteem, my family. (Especially my niece and my uncle.)

And now he's gone. I am facing the world without him for the first time in 5 years. And I ache.

I worry, too, because he is facing the world without me for the first time in 5 years, too. While he might not realize it yet, he's lost his best friend, too.

Name someone whose work you admire enough to overlook, or even forget completely, those performances where they weren't quite on their game. Or perhaps there is someone whose portrayals are usually forgettable, but they have surprised you with a gem here or there. Even a blind squirrel finds a nut as they say. Here are some examples we thought of. Share on your blog other highs and lows of a particular actor/actress and link back here at The Bumbles. And don't forget to visit your fellow participants!
Liza Minnelli
aka "The Blind Squirrel"
As a rule, I hate her in the movies. She's too obviously "acting" and her look is so severe that she never disappears into character.
The Good -- Cabaret. The exception that proves the rule. Everything about her -- even the green nails -- is delightfully decadent and very Sally Bowles.
The Bad -- Arthur. C'mon, admit it: Didn't you wonder why he didn't opt for the money and Jill Eikenberry?
The Ugly -- That's Entertainment! When she introduces the best-of-Garland segment by speaking mawkishly about "Mama," and later says, "Thank GAWD for film," I want to vomit.

The Queen's Meme #23 ~ The Blog Blizzard Meme
1. An unexpected blizzard occurs. The power goes out for 10 days. There is no food in the house, no gas in the car, no heat, no TV, no computer, nada! You are snowed in and can't get to the store for supplies. How would you survive? How would you get out of this mess? I'm screwed, aren't I? How's this for a plan? Since I live on the 4th floor, maybe I can open a window and jump, landing on a snow drift and then ... I'm outside with a broken limb in a snow drift. I really am screwed, aren't I? 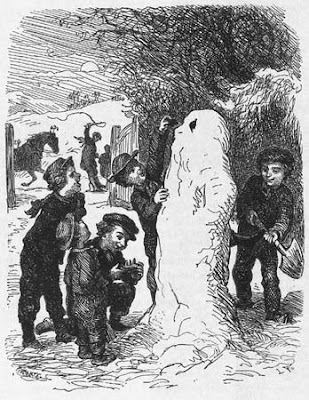 2. Tell us about your last snowball fight. I don't remember. Which means it has been way too long!

3. You have been asked to make a snowman. What is his name? Jethro Leroy Gibbs, because he looks so good in his dress whites.

4. I have mountains of snow outside my door. I would like to make snow soup. What is the recipe? Add 6 drops of the essence of terror, 5 drops of sinister sauce and a tincture of tenderness. You'll either end up with a bowl of soup, or Milton the Monster.

5. It is Day 5 of the Big Blog Blizzard. You have been hunkered down for a very long time and in danger of losing your sanity. Your blog neighbors (that would be us) come callin' to see if you're OK. We peek in the window. What do we see? What are you doing in there? Playing at pogo.com. Probably Turbo 21. That's my web destination when I "turn off my mind, relax and float downstream." Though I'm not sure I can "float downstream" in the snow ...

6. Who is the flakiest snowflake in your life? Past or present. Right now, me. I don't trust my decision-making capabilities anymore. I feel like I'm fucking up a lot these days.

7. You are Snow White. Which dwarf is your favorite and why? Ringo. Because he's no one's favorite and even dwarfs need love.

8. What is the most fun you've ever had inside during a snowstorm? My fondest memory is of a lover tending to me while I had the flu. I know it doesn't sound like fun, but I felt very safe and much loved.

9. What was Jack Frost nipping at? I think he was just nipping wildly, randomly at the air because he was in so much pain. After all, weren't his chestnuts being roasted on an open fire?

10. Due to blobal warming (that's blog + global for all you non-blog speakers) your snowman has prematurely melted. What was his last request? Gibbs' last request was that I not forsake him for American Idol again this year.
Posted by The Gal Herself at 2/01/2010 02:40:00 PM 4 comments: