What mythical creature would improve the world most if it existed? I'll let Flora, Fauna and Merryweather share the honor. 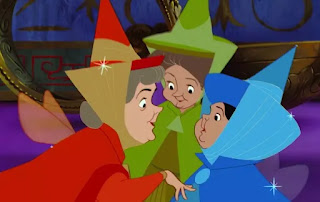 What inanimate object do you wish you could eliminate from existence? Those awful, angry "Let's Go Brandon" shirts and hats. No one wears them here, but I remember being surrounded by people wearing them when I was going through airport security in Florida. I was distinctly uncomfortable.

What is the weirdest thing you have seen in someone else’s home? Nothing springs to mind.

What would be the absolute worst name you could give your child? I think it would depend on the last name. But in general, I'd say "Agatha."

What would be the worst thing for the government to make illegal? I'm not a fan of book banning.

What movie would be greatly improved if it was made into a musical? Anything by Ingmar Bergman. I think his movies are stuffy and pretentious and would be improved immeasurably with musical numbers like this one.

What would be the worst “buy one get one free” sale of all time? Those awful, angry "Let's Go Brandon" shirts and hats. You know, just the wardrobe you need to storm the Capitol and try to reverse a free and fair election.

What is the funniest name you have actually heard used in the real world? I'm sorry, I've got nothing.

What sport would be the funniest to add a mandatory amount of alcohol to? Curling. I know I'd enjoy watching more if I was drunk.

What would be the coolest animal to scale up to the size of a horse? An ant. I find their faces fascinating. 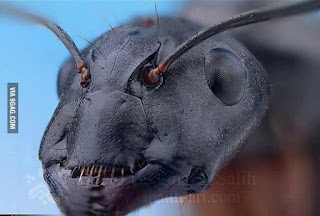 What set of items could you buy that would make the cashier the most uncomfortable? Trojan Bareskin Raw condoms. I was uncomfortable just typing that.

What is something that you just recently realized that you are embarrassed you didn’t realize earlier? This isn't recent, but I was well into my 30s before I figured out that the three farmhands in the black/white Kansas part of the movie were also the Scarecrow, Tin Man and Cowardly Lion.

What are some fun and interesting alternatives to war that countries could settle their differences with? A limbo competition.