1) This week's song is about two women who share a very dark secret. Are you good at keeping secrets? Nope.

3) Carrie first came to America's attention when she won on American Idol. Prior to competing on that show, she'd never been on an airplane. Crazy Sam takes at least one round-trip flight every year and pays using the miles she accumulated from credit card purchases throughout the year. Do you try to earn miles, points, or cash back when you make purchases? Yes. I'm a miles junkie. I hope to pay for this April's round-trip flight to Hollywood for the TCM Film Festival with miles.

4) Black is this week's signature color because November 25 was Black Friday, when retailers historically have slashed their prices and the holiday shopping season begins. Have you begun your gift shopping? I shop all year around, and I believe I'm done. 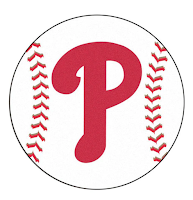 5) Black Friday began as a local event initiated by store owners in Philadelphia back in the early 1960s. When you think of Philadelphia, what comes to mind? Kyle Schwarber. He was one of the 2016 World Series Champion Chicago Cubs, and he almost got a second ring with the Phillies this year.

6) Black Friday always comes after Thanksgiving, a day of feasting. What was the best dish at your holiday table this year? The butternut squash and apple casserole.

7) Thanksgiving is also a big day for watching football. Did you watch any games? Nope.

8) What are you thankful for this year? I seem to be on the mend. I've had some health challenges this year, but it looks like I'm getting better.

9) Random question: You're in a public restroom and have a choice between paper towels and a hot air hand dryer. Which do you choose? Paper towels every time. They dry more thoroughly.