31 Days of Oscar Blogathon -- The Snubs

Yet Stanley Tucci doesn't have an Oscar. More shockingly, he only has one nomination. But since he still has at least a decade of work ahead of him, I hope this awards oversight will be rectified ... and soon.


I first discovered Tucci when he played Karl Draconis, the advertising executive with a complicated relationship with our handsome hero, Michael Stedman, on thirtysomething. Draconis was always a little too rumpled and a little too intense to be likeable. It was a memorable role not because it was a "star turn," but because he disappeared so completely into character.

Tucci's TV work continues to be stellar. To borrow a cliche, he's one of the hardest working men in show business and appears on TV when the role feels right. He currently has two Emmys on his mantle. It's Oscar that eludes him.

I suppose his most familiar movie role is Caesar Flickerman, host of The Hunger Games. With his brightly-colored hair and creepy pseudo-friendliness, he cut such an iconic figure that Stephen Colbert regularly imitates him on The Late Show.


Entertaining though Flickerman is, it's not the kind of performance that is rewarded by the Academy. For this post, I'm going to concentrate on the four performances that could easily have put an Oscar in his hands.


2006: The Devil Wears Prada. Nigel is a homosexual art director at a fashion magazine, and in other hands, could have easily devolved into stereotype. Tucci's Nigel is more than the lovable, loyal gay sidekick to the movie's two straight girls (Andrea and Miranda). He's alert. His eyes are always sharp, his attention is always focused, his intelligence and imagination are always engaged. His connection to Miranda may be emotional, but hers to him is strictly transactional. He's made himself so good at his job that he's useful to her. Early on we see him not just finishing her sentences but elaborating on her thoughts.

Miranda: "Don't you think it's too ..."
Nigel: "Last summer? I thought that, too! But with the right accessories, it could work."

He clearly loves his work, and he's a good coworker. The way he takes Andrea under his wing, sensing that he's the one who can help her before she can even figure out who to ask, is genuinely sweet. So when Miranda tosses him under the bus to save herself, we're appalled. Not because of what she did -- at this point in the movie, we know what Miranda is -- but because of who she did it to. By now, we care about Nigel, we appreciate how much the works means to him, and believe that the three-dimensional man Tucci created deserved a better fate. (Prada trivia: Tucci kept up with his costar, Emily Blunt, and was invited to her 2011 wedding. A recent widower, he met and fell in love with the bride's sister, who has since become his second wife.)


2009: The Lovely Bones. Tucci got his only Oscar nod to date for a role that's truly hard to watch. George Harvey is a child rapist and murderer. Part of what makes him horrifying is how bland he appears. He lives alone. He has his quiet hobbies (tending flowers, building dollhouses). He always smiles and says "hi." Even his sneezy idiosyncrasy -- he sniffles a lot -- is ordinary. In a brave performance, Tucci is unafraid to also show George's strengths. This man is driven and smart. Like Nigel (and this is perhaps the only trait George shares with dear Nigel), George is deceptively alert. It's what makes him a successful predator. For, while we and Susie's family know he what he did, he's never prosecuted. At least not by the judicial system. In one of the movie's best scenes, we see how George is living, years after killing Susie. He's still at it. Still looking for young girls to victimize. While stalking a girl, he is struck by an icicle and falls into a ravine, left to die in icy isolation. I didn't like this movie -- the subject matter is harrowing and the visuals are over-the-top and erratic -- but I admired Tucci's risky performance. Interestingly, he lost the Oscar that year to Christoph Waltz, who also played a monster in Inglorious Basterds.

2009: Julie and Julia. In this movie we see Tucci in love, and it's a sight to behold. He's paired with Streep again, this time playing Julia Child's husband, cultural attaché Paul Child. As portrayed by Tucci, Paul is so self confident that he can enthusiastically encourage and then revel in his wife’s pursuits. Considering that the "Julia" scenes take place in the 1940s and 1950s, the Childs’ marriage of equals is a romantic miracle. We believe that he sees this formidable, 6’2 woman as sensual and sensuous, as well as brilliant and capable. My favorite scene is his party toast:  "You are the butter to my bread and the breath to my life. I love you, darling girl. Happy Valentine’s Day.” You come away thinking Julia was a very lucky woman, indeed.

2015: Spotlight. This movie is filled with good performances. But still, I was surprised Tucci was overlooked by the Academy, because his is really the only character who evolves during the film. He's Mitchell Garabedian, the lawyer who represented so many victims of abusive priests in Boston. When we first meet him, he seems distracted, hostile and unwilling to help the warmer and fuzzier reporter, Mark Revendez (Mark Ruffalo, who did receive an Oscar nod). As the story unfolds, we realize that Garabedian isn't trying block the story, he's simply not interested in glory. As the only one seriously litigating what went on with the Boston archdiocese, he cared about his clients more than he cared about The Boston Globe. Contrast the prickly Garabedian with sunny and handsome  Eric Macleish (Billy Crudup), another Boston barrister. Friendly, available Macleish loves reporters and makes time to talk. But by the end of the movie, we come to appreciate Garabedian, the the little guy who takes on Boston's entrenched and powerful, giving voice to victims who had gone unheard for so long. Watch Tucci in the courtroom and dealing with his victims and you'll see a grumpy, solitary lawyer transform into Don Quixote, right before your eyes. 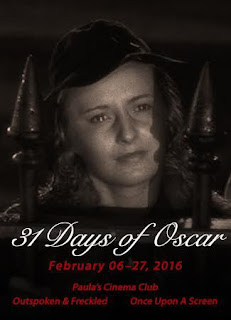