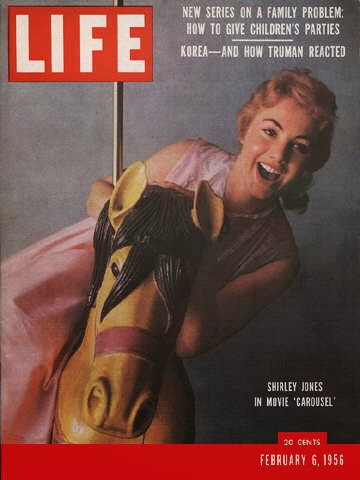 So says Billy Bigelow to his Heavenly adviser, describing his fights with Julie, in Carousel. Audiences in the mid-1950s knew his explanation was bullshit, that it's wrong to raise one's hand in anger.

Yet it goes on all over today. Still.

"I don't beat my children. I spank them."

"I don't beat my dog. I discipline him."

All any living thing learns from being hit is to be afraid and angry. And to hit when they get big enough. That's why you hear so many people say, "I spank my children and my grandchildren. Just like I was spanked. And I turned out OK."

Except that you think it's OK to raise your hand -- to someone you love! -- in anger. Just like those audiences in the 1956, I ain't buying it.