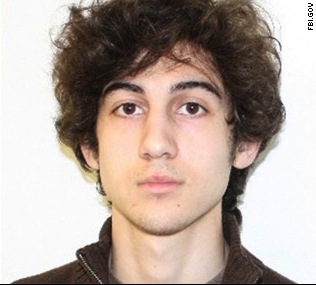 
This is Dzhokhar Tsarnaev. "Suspect #2." The younger of the brothers suspected of carrying out Monday's bombing. 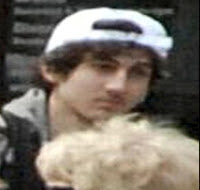 I have been staring at his face for about 24 hours now. The more I look at him, the more curious I become.

I'm still afraid of him. He's desperate and frightened and without his older brother to call the shots. I realize he's capable of anything. A dangerous, dangerous 19 year old with a penchant for firearms and explosives.

But I look in those eyes and I don't hate him. I see a kid who has somehow gone all wrong and can't possibly right it. Not anymore. Not after the body count that's been racked up.

How does an aimless, off balance kid like this become a terrorist who kills, who holds one of my favorite cities hostage? I'm obsessed and want to know how he became a murderer. I want him found before dark today before no one else gets hurt … and so I can get the rest of the story.