Saturday 9: Go Your Own Way

1. When was the last time you were told to go your own way? I don't have to be told. I'm a pretty independent traveler by my own preference. Like Sammelah, "I gotta be me."

2. What one experience has strengthened your character the most so far? My rela 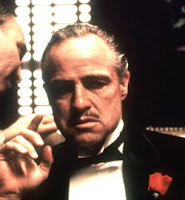 tionship with my father has colored much of my life. His sudden death and the emotional journey I've taken to make peace with that complicated relationship has strengthened me.

3. What's your favorite thing to do on a rainy day? Watch a great movie.

4. How long can you go without your cell phone? Days. I really only use it to call out whenplans change.

6. Of all the people you've ever known, who have you most feared? Last spring, a crazy man went off on me at the el platform. He called me the "c-word" and a "douchebag." I was very angry and frightened, but was determined not to let him see that he got to me. So I responded, as evenly as I could, "I prefer twat." He kept raging at me. It was very upsetting and scary. I realize I'll never know what set him off, I'll never see him again and I don't care what he thinks of me, but I hate when people like that burrow their ways into my life and my memory. Women on the el platform were very nice to me and said things like, "Your day will get better," and "Don't worry, he's just nuts."

7. Do people tell you that you look your age? Not yet. I'm very lucky that way.

8. Your ex shows up randomly at your house, what do you say? Depends on which ex. To most I would say, "Hi! How are you?" To one I would say, "Don't make me get a restraining order."

9. Do you believe everyone deserves a second chance? Almost everyone. I know I have appreciated being granted second chances.
Posted by The Gal Herself at 7/10/2010 01:10:00 AM