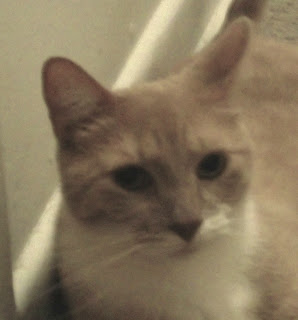 Yes, his bad behavior has been documented more than once on this blog. Yes, I suspect that he is the inspiration for those Allstate Mayhem commercials. And yet, I can't emphasize enough that my Rey-Rey is not a bad cat.