1) This song lists seven cities -- New York, Los Angeles, Detroit, Chicago, Chattanooga, Baton Rouge and St. Louis -- that Linda just loves. How many have you visited? 4.  I can't believe I haven't been to Detroit. I have spent a lot of time in Michigan, as my Cousin Rose lived outside Kalamazoo and my niece is now near Holland.

2) The lyrics refer to hamburgers sizzling on the grill. What toppings do you believe make a perfect burger? A fried egg, lettuce, cheese, and ketchup.
3) The original recording of this song by Chuck Berry has always been one of Linda Ronstadt's favorites, one she used to enjoy singing along with in the car. What's the most recent song you sang? "Midnight Confession" by The Grass Roots. It was on the radio when I was putting my makeup on.

4) Linda performed The National Anthem at Game 3 of the 1977 World Series. The New York Yankees won both that game and the series. How is your baseball team doing this season? I follow two baseball teams now, and it really is like a tale of two cities. For the New York Yankees, these are the best of times. For the Chicago Cubs, well, you know the rest. (Though Friday afternoon, the lowly Cubs did beat the Red Sox and I'm proud of them!)
The important thing is that this guy is doing well. 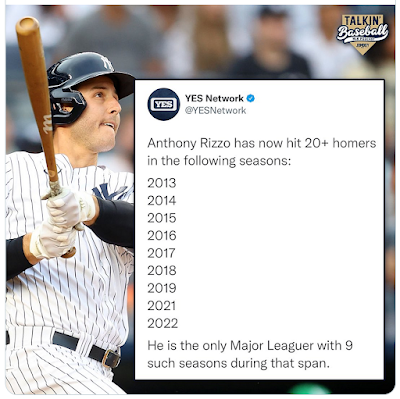 5) On the sleeve for this record, Linda was photographed on roller skates. Emergency rooms report a spike in wrist injuries, with people falling off skates and skateboards and jamming their wrists catching softballs. Have you recently been to the Emergency Room or Urgent Care?  Not in more than a year. (Knock wood.)
6) It's July, so summer is in full swing. Bug bites are a big summer annoyance. Are you itching and scratching this morning? No. (Knock wood.)

Since this is our last Saturday 9 before Independence Day,
let's ask some questions related to the holiday.
6) The Pennsylvania Evening Post was the first newspaper to print the Declaration of Independence. What's the most recent printed media you have read (newspaper, magazine, newsletter, etc.)? I get the Chicago Sun Times Wednesday through Friday. Mostly in the print edition I check the baseball stats and some of the columnists. The subscription gives me 365 access to the website.

7) In high school, Sam was crazy about American history and got good grades. Science was her worst subject. In high school, where did you shine? In what subject were your grades not so hot? I got very good grades in American history and English. I got very bad grades in math and science. In fact, of my parents' three daughters, I'm the only one who ever got an "F." It was in chemistry. My mother was less upset about the grade than she was about my attitude. I wasn't sorry or ashamed or anything else she expected me to feel. I knew I'd never use chemistry and truly didn't believe it was relevant. She was furious when I posted my one A, one B, two Cs and F on the refrigerator, right next to my older sister's honor roll report card. (Yeah, I was a brat. But as I loved to remind my parents, I didn't smoke or do drugs and was still a virgin, so I felt they should count their blessings.)

8) The first 4th of July parade each year is held at 12:01 AM in Gatlinberg, TN. Will you attend a parade or fireworks to celebrate the 4th? Nope. The parade is at 10:00 am and I won't be up and about at that time. I hope I'm able to see the fireworks from my window. That would be neat.

9) Americans love to celebrate our independence. In fact, there are more than 30 towns all across the US called Independence. There are two in MN alone (one outside Duluth, the other west of Minneapolis). Please google it and let us know: does your state have an Independence? Independence is in downstate IL. The population is approx. 1,120.