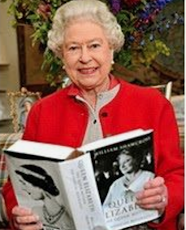 1. What are you currently reading? Finlay Donovan Is Killing It by Elle Cosimano. Finlay is an author, newly divorced, struggling financially, and stressed to the limit. Her life goes irretrievably off the rails during a quick and decidedly unglamorous lunch with her literary agent at Panera. As she describes the plot of her new murder mystery, a diner at a nearby table overhears and mistakes Finlay for a contract killer. Suddenly she finds herself involved in a real-life murder.

So far this is a very funny book. Finlay is likeable, sympathetic, and harried. Nothing goes right for this girl. You've had days like that? Her whole life is like that!

To enjoy it, I've done more than merely suspend disbelief. I've put disbelief in a big trash bag and left it outside. I don't imagine anyone would behave the way Finlay does. Elle Cosimano has made her so charming that still I want go along on this adventure with her anyway. We'll see if Finlay's considerable charm is enough to carry me to the last page.

There's a lot of drama here: Diana's death and the Queen's controversial reaction, Charles and Camilla, the maturing of Diana's Boys -- William and Harry -- and the very different women they've chosen, the mess that is Prince Andrew. Sure, as a royal watcher I've watched each of these stories unfold in real time, but I appreciate how Brown frames it. There's the reality of the situations, the way the powerful British press covers them, and how that press perception colors the way history will view these very fallible people.

Everyone -- from Elizabeth to Diana through to Meghan -- comes off as three-dimensional. These people are flawed, to be sure, but this is not a hatchet job. Brown consistently makes an interesting point: the women are expected to behave in a certain way, and if they stray from script, they're handled harshly. There's more than a whiff of misogyny here, and I appreciate the way Brown lays it out.

3. What will you read next? A book about film by my imaginary TCM BFF, Alicia Malone. I believe she has two. We'll see which one the library has waiting for me.