1) Is rain expected where you are today? Nope. (I just heard it's going snow Tuesday. SNOW! Is this why they say April is the cruelest month?)

2) In this song, Barbra Streisand warns everyone to not spoil her optimistic mood. What is something you're feeling really good about today? My local movie theater has reopened! I'm so happy to see films on the big screen again. (And just in time for the Oscars!)
3) She sings that life is candy and the sun is a ball of butter. Which have you consumed more recently, candy or butter? Butter. I had mashed potatoes as a late-night snack.
4) This song is from the musical Funny Girl. It's based on the true story of Fanny Brice, who starred on Broadway, in movies and on the radio between 1910 and 1951. At the beginning of her career, no one thought she would succeed because of her unconventional looks, but she forged ahead, saying, "I make things happen for me." Are you focused, like Fanny? I am when I'm working. In my personal life, I'm nowhere near as directed or productive.
5) When the stage version of Funny Girl was in pre-production, the part of Fanny was offered to actress Anne Bancroft, but she felt the songs were too difficult for her. Singer Eydie Gorme dropped out when told her husband, Steve Lawrence, could not play the male lead. Carol Burnett said she'd love to do it, but also admitted she thought she was wrong for the role. Running out of time and options, producer Ray Stark decided to give lesser-known Barbra Streisand a try ... and the rest, as they say, is history. Has there ever been a time in your life when you were glad things didn't work out as you'd originally planned? 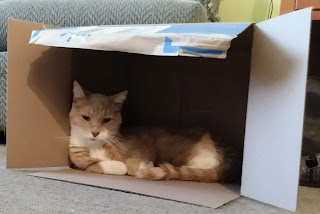 If I may toot my own horn, I have a way with critters. So when I went to the animal shelter, I asked for their most unadoptable cat. I wanted to rescue one with special needs, or the one who had been there the longest because I knew I was up to the challenge. Checking my references, the shelter manager learned from my vet that my cat Billy had just died after a long illness and she decided I needed "a break." She steered me to a healthy, lively 7-month-old kitten. I named him Reynaldo. We've been together 17 years now. I can't imagine my life without him.
6) Funny Girl was the top grossing movie of 1968. #2 was 2001: A Space Odyssey. Given the choice, would you rather watch a musical or a sci-fi flick? A musical. Definitely!
7) Streisand's favorite color is burgundy because it reminds her of when, as a little girl, she received a hand-knitted sweater as a gift and wearing it made her feel special. What color is your favorite sweater? Light blue. It's ribbed and has a tie at the throat. I love that sweater. I got it at an after-Christmas sale at Old Navy at least 7 years ago. It must be one of my most cost-effective purchases ever. 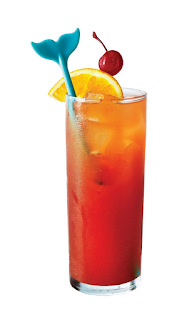 8) In 1960, she began performing in New York clubs but she had a hard time getting work because she was only 18 and most nightclubs wouldn't hire a girl not yet old enough to drink. Do you remember your first legal alcoholic beverage? What did you have? A Singapore Sling. My fellow secretaries (we were not yet administrative assistants) took me to a Chinese restaurant for a celebratory lunch on my 21st birthday. I remember that lunch clearly (right down to the breaded shrimp entree) but can't recall anything about the party I must have had that evening.
9) Random question: How many people know the real you? Sometimes I wonder if I know the "real me." I think of myself as generous, defensive and available. As part of an exercise, I asked people who have known me well and long to describe me in three words. This is what I got back. The larger the word, the more often it appeared. While I liked the results, I do wonder why "generous, defensive and available" do not appear. Maybe I am not as I seem. (BTW, EVERYONE said "funny." Maybe it's me, Fanny and Babs, just three Funny Girls.) 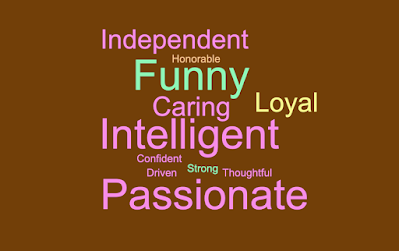