Speaking of Profiles in Courage ...

I recently read Profiles in Courage, John F. Kennedy's Pulitzer Prize winning study of Senators who took principled and politically fatal stands. Something tells me that Massachusetts' Senator from 1953 to 1960 would applaud the action of this man who once governed his state. He might even add a chapter to his book for Mitt Romney, now the junior Senator from Utah. 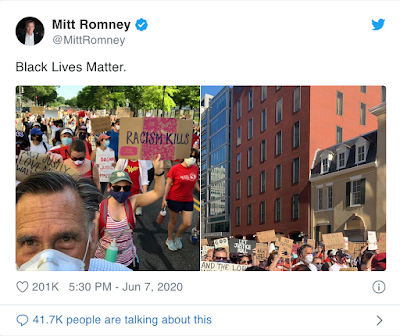 This, ladies and gentleman, is what a courageous Christian looks like. There are "patriotic" "Christians" who maintain that the current protests spread hate. Yeah, whatever. Never mind that the United States were born out of rebellion against The Crown, and that Christ was quite the social agitator Himself. You just wrap yourself in your anger and fear. I'll side with love and equality.

Anyway, knowing how so many conservatives feel, it was probably harder for Romney to make this march than it would be for you or me. I applaud him for honoring both his father, George Romney, and his faith. 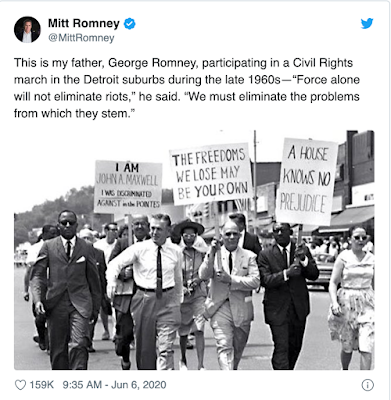