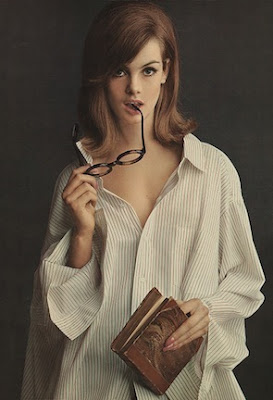 1. What are you currently reading? The Twist and Shout Murder by Rosemary Martin. This is my first foray into the "Murder A-Go-Go" mystery series. The cover blurb says it's "That Girl meets Mrs. Marple." The book is set in 1964, so it revels in go-go boots and miniskirts and hoop earrings. A New York model named Suzie is found strangled with a Pucci scarf. Since Suzie was a bitch, there's no shortage of suspects.


I just started this book and so far, it's lighter-than-air and entertaining. Which is exactly what I need after the tome I recently finished ...

2. What did you recently finish reading?Little Gloria ... Happy at Last by Barbara Goldsmith. I wear Gloria Vanderbilt jeans. I watch Anderson Cooper. So I'm not unfamiliar with Gloria. But I admit I know little about the 1930s custody case that once captured the nation's imagination.

It's fascinating, filled with intrigue and legal shenanigans and sex and rumors about sex. And at the heart of it all is a diffident little girl. She was a pawn in the battle between her wealthy aunt -- who wanted to keep the Vanderbilt money in the family almost as much as she wanted to keep the Vanderbilt name out of the gossip columns -- and her mother. Little Gloria's mother never really seemed to understand that, legally, her late husband's money was her daughter's and not hers. (For example, she actually had to be told that she couldn't bill her daughter's trust for cartons of cigarettes.) She had no idea how to mother a confused, fatherless little girl. Did anyone want to actually love and care for Little Gloria? I came away feeling nothing but sorry for the richest little girl in the world.

At more than 600 pages, it's overlong. Too many names, too many titles, too many family trees. But still, it's an intoxicating brew of money, celebrity and class.

3.  What will you read next? Michelle Obama's autobiography. Unless I change my mind.