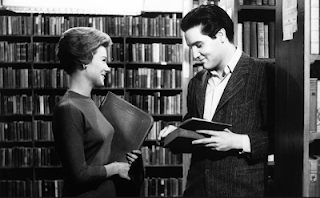 1. What are you currently reading?

And the Sea Will Tell by Vincent Bugliosi and Bruce Henderson. Palmyra is a tiny (less than 5 sq. miles) island south of Hawaii. It's officially "unoccupied," meaning no one lives there -- though US Navy personnel and conservationists stay for short periods. It's on this virtually deserted island that two couples meet, and a real-life mystery ensues.

This true story is told with flair by Bruce Henderson and Vincent Bugliosi -- the latter represented Stephanie at trial. It's not high art, but it's entertaining. And as I read, I wonder about the similarities between Stephanie and Muff. On the surface, they appear to be radically different, yet they each got on board and took off for Palmyra, despite tremendous misgivings. Both the society matron and the hippie chick would have been better off if they'd listened to their little voices.

2. What did you recently finish reading?
Joe Biden's Promise Me, Dad. “I try to be mindful, at all times, of what a difference a small human gesture can make to people in need. What does it really cost to take a moment to look someone in the eye, to give him a hug, to let her know, I get it. You’re not alone?” That's the way Joe Biden lives, and it's inspiring.

I wish I liked this book more than I did. The Biden family story as they say goodbye to their eldest son is told with authenticity and I'm sure it will help others through their grief. But at times, the book reads like Biden's foreign policy CV. I understand that it was important to set the stage, to let the reader know everything else that the Vice President was dealing with as his son fought cancer. But instead of giving me context, this level of detail annoyed me. I didn't care what Joe was doing to smooth the situation in Tikrit, I wanted to know what was going on the hospital room with Beau.

Still, I'm glad I read it, and I recommend it for a massive dose of much-needed humanity in The Age of Trump.

3.  What will you read next?
Probably a mystery.