Saturday 9: Sign of the Times (2017)
... because Cat recommended Harry Styles


1) In this song, Harry sings, "We don't talk enough, we should open up before it's all too much." When you have something serious on your mind, who do you share it with? Depends on the situation ... and the timing. Right now, with so many of my friends struggling (see posts below), it would be John because he's the one with the greatest bandwidth. Everything seems to be good with John right now (knock wood).

2) As a kid, Harry wanted to be a lawyer because he can see "both sides." Are you good at seeing both sides of an argument? Professionally, yes. Personally, no.


3) He can't decide which is favorite color -- orange or blue. Help Harry out: which of those

colors do you prefer? BLUE! Specifically Pantone 294, which is Cubbie blue.

4) Harry says he prefers older women, but would never go out with someone older than his mother. Do you think age disparity matters in romance? Yes. Not in terms of sex. I think we can be attracted to the most unlikely people! But in terms of cultural references and shared experiences, I believe age does matter over the long haul.

5) He admits to a big crush on Adele, who is six years older than he is. Who are you crushing on right now? (It doesn't have to be a celebrity.) I once watched the sun rise and bathe the Swiss Alps in pink and gold light. It was almost as beautiful as this face. 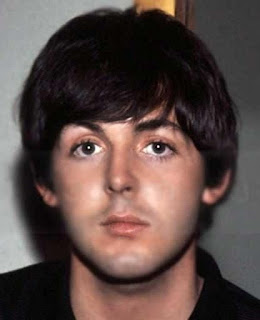 6) It makes Harry's skin crawl when he sees people use their teeth to open bottles. What creeps you out? Certain smells. Strong coffee, those sickly sweet skinny cigars, marijuana. BLECH!

7) When he's on the road, his go-to food is tacos. Do you like Mexican food? Mexican food does not like me.


8) Harry has never smoked. Have you ever been a smoker? If you quit, how did you successfully kick the habit? I have never smoked anything. I forgot to add that the thought of blowing smoke out of my nose and mouth into the air around me is one of the things that creeps me out. I mean, how is that NOT germy and filthy?

9) Random Question: As she pulls out of her parking space, an elderly woman in an old car scrapes an expensive car. Then she drives away. You witness the whole thing. Do you make a note of her license plate and leave it for the owner of the expensive car? Or do you just mind your own business? Oh, hell, I don't know. Not being a car person, I don't really have a strong feeling about this. I might think, "Oh, she's old and probably poor or she wouldn't be driving a beater so let's give her a break." Or I might think, "Isn't this why people have insurance?" and leave a note. Or maybe I won't be able find a scrap of paper in my massive purse. This question is beyond me today.

Which leads me to this: As Crazy Sam's staff, I try to visit everyone who plays Saturday 9. But this week, I'm Irma obsessed. Many of my loved ones are waiting for the impact of this storm and I'm sick with worry. So if you don't hear from me this week, I apologize for my distracted slackerness.