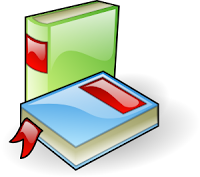 Today was the kick off of a major neighborhood event: the used book sale at the high school. Over 100,000 books overflow the cafeteria.

We're very enthusiastic about this. It's a delight to see all the people who come with red wagons and rolling duffel bags. My favorite "sight seen" was a pre-teen who plopped herself in the middle of the floor and fingered the books in the complete set of Harry Potter books with awe.

I filled my canvas tote with:

•  Two books in the Library Lovers Mystery Series. It always makes me happy to discover a new series.

•  Barbara Stanwyck by Al DiOrio. The moderator of my movie group is a massive Stanwyck fan and has told us how he feels her hardscrabble youth informed her art. I'm hoping this bio will give me insights.

•  Peter Lawford: The Man Who Kept the Secrets. Peter Lawford has been a bit player in so many biographies I've read. After all, he was a Rat Packer, a Kennedy and a contract player in MGM's heyday. Let's see if he holds my interest when he's in the spotlight.

•  A Common Struggle by Patrick Kennedy. The son of Ted and Joan tells the story of how addiction devastated his family. Reading about the Kennedys as I do, I'm not expecting any new revelations. Instead I hope for context and humanity. My mother's parents were both alcoholics and I felt the impact, two generations down the line. My mom was so conflict averse that I grew up feeling exposed and vulnerable. I mean, if my own mother wouldn't defend me, I really was alone, wasn't I? So Patrick is right, it is "a common struggle." 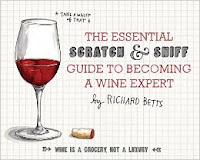 •  The Essential Scratch and Sniff Guide to Becoming a Wine Expert. Author Richard Betts uses the format of an oversized, interactive children's book to explain to adults why "wine is grocery, not a luxury." I picked it up as a gift for my niece. She's a budding connoisseur, going through a rough patch, and I hope receiving a surprise package with this book in it will make her smile.

ALL THIS FOR $10! If I have time, I may take another spin through the sale tomorrow.