On the air for more than a decade now, American Idol has become a way of American life. As Season 12 is in full gear, I thought it would be fun to look back. 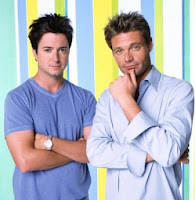 1) Brian Dunkleman is the forgotten man of American Idol. He cohosted with Ryan Seacrest in Season 1 … but left to pursue his standup career.

2) The winner receives a deal from a major label and the guarantee of up to six albums.

3)  Kelly Clarkson won Season 1. Now 30, she's gone on to a spectacular career. She's had a dozen #1's and has  won American Music Awards, Grammys, VMAs, People's Choice Awards and has been nominated for awards as diverse as Belgium's TMF and Monaco's World Music Awards.

4) Ruben Studdard won Season 2. While not as successful as Kelly, or even the runner up that year, Clay Aiken, he works steadily and has been nominated for a Grammy and an AMA. He's branched out into musical theater, playing Fats Waller in the touring company of Ain't Misbehavin'.

5) Fantasia Barrino won Season 3. Her music has sold modestly well. but her real success has come with her made-for-TV movie (The Fantasia Barrino Story: Life Is Not a Fairytale) and as Celie on Broadway in The Color Purple. Even hardened critics like Clive Barnes applauded her.

6) Carrie Underwood won Season 4. Even more than Kelly Clarkson, she's Idol's greatest success. Her tours alone have made more than $95 million. In terms of CD sales, in 2010, Billboard magazine proclaimed her the best-selling country music artist of the new millennium.

7) Taylor Hicks won Season 5. Let me preface this by saying I LIKE HIM. His first song after Idol, "Do I Make You Proud?", went to #2 on the Billboard charts and was certified gold. But he's been overshadowed by the contestants he beat that year -- Katharine McPhee stars on NBC's Smash, Chris Daughtry leads his own Grammy-nominated rock band, and Kellie Pickler has won numerous CMT awards.

8) Jordin Sparks won Season 6. She's had great success on tour, often opening for other acts like Alicia Keys, The Jonas Bros. and Britney Spears. She has a clothing line, available at Wet Seal stores, and a fragrance, Ambition. In 2012, she made her film debut in the movie Sparkle. 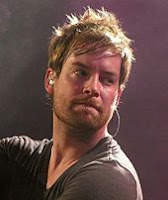 9) David Cook won Season 7. After three top 10 singles, he's parted ways with his record company and relocated to Nashville, and is working on a new sound. (Snarkypants, the photo's for you.)

10) Kris Allen won Season 8. His music has sold modestly well (charting in the top 50) and he's been nominated for People's Choice and Billboard Music Awards.

11) Chicagoland's own Lee DeWyze won Season 9. His first post Idol work -- the Live It Up CD and world tour -- was successful. He's recently changed labels and is on the road again right now.

12) Scotty McCreery won Season 10. His first song out of the box, "I Love You This Big," reached #11 on the Billboard charts and has been certified gold.

13) Philip Phillips won Season 11. His first CD, The World from the Side of the Moon, has been a top 10 hit, going gold in the US and Canada. It's selling well in Australia.

For more about the Thursday 13, or to play along yourself, click here.