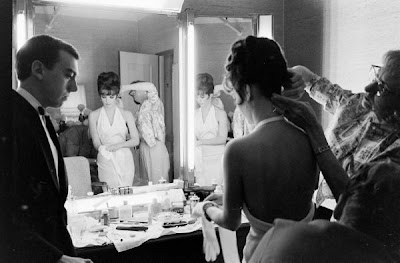 Liberated this from The Girl with the White Parasol. If you choose to play along, let me know so I can check out your answers. Here are the rules:
Mine are all from the 1960s because it's the decade that had the greatest influence on my sensibility, and because I can't believe these movies are nearly 50 years old. 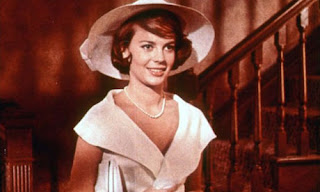 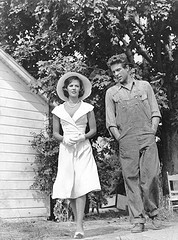 Natalie Wood in Splendor in the Grass. The outfit in her last scene provides the perfect visual coda. It's clean and white and fresh, indicating her rebirth and escape from the drab, repressive surroundings that caused her so much pain. (Anna Hill Johnstone)

Elizabeth Taylor in Who's Afraid of Virginia Woolf. "Martha's Sunday chapel" pantsuit. It's so perfectly dreadful that it's perfect. It screams visually what she hollers literally, "I'm loud and I'm vulgar and I wear the pants in the house because somebody's got to." (Irene Sharaff) 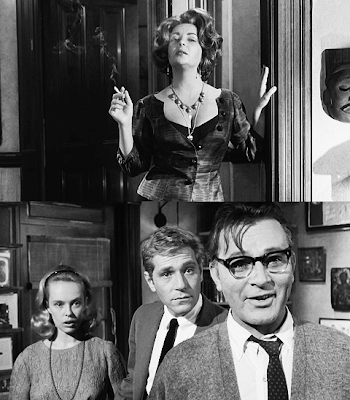 Julie Andrews in Mary Poppins. La Liz' contemporary, Julie Andrews was her complete opposite number, as the costumes in their iconic roles reveal. Mary's wardrobe reveals that she reveals nothing. Buttoned up perfection. I doubt that scarf really added much warmth, but she wouldn't have felt dressed without it. (Tony Walton: costume consultant for Miss Andrews) 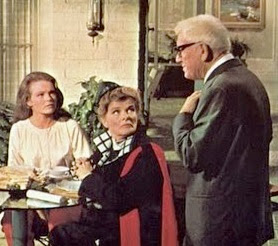 Katharine Hepburn in Guess Who's Coming to Dinner. Hey! You said "no Audrey Hepburn;" Kate wasn't mentioned in the rules at all! The pantsuit she wore said everything about the woman (both character and actress). It's casual, multi-layered, more about comfort than fashion ... and obviously of quality. (Jean Louise: Costume supervisor for women -- though it wouldn't surprise me if this came from Kate's closet.) 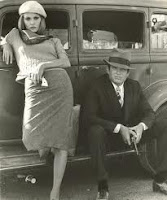 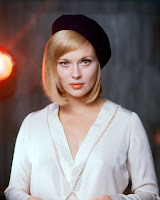 Faye Dunaway in Bonnie and Clyde. Bonnie's beret was so cool it's almost a character in the film. Idealized versions of the hat Bonnie Parker wore in real life, the berets are an inspired touch. The jauntiness they convey makes the inevitable carnage even more jarring. (Theoni Aldredge.)