Melancholy about Moving Up 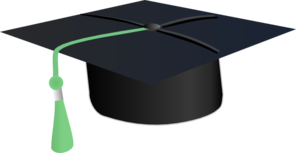 At the private school (K-12) that my best friend's daughters attend, there's only one graduation -- when a student leaves forever for college. Every other ceremony is called "moving up." And yesterday, both of his girls "moved up."

Because Princess is so much more mature than her big sister was at that age, they seem more like one year apart than three. And they are both now as tall as his wife. Which means, he noted ruefully, "I don't have any little girls any more."
Posted by The Gal Herself at 5/27/2011 10:15:00 AM