With friends like these, I shoulda been a nurse 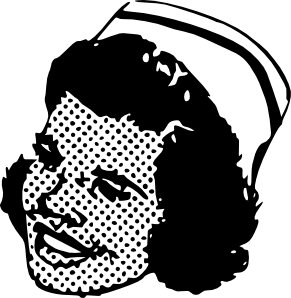 My friend John had a setback and wound up back in the hospital. After two months off work, battling an infection, he returned to the office on Valentine's Day. Now, a mere month later, he is once again too weak for a 40-hour workweek and is back to half days.

My former admin, Amy, is in the hospital as we speak. She had surgery on her bowels and when she leaves the hospital, she will need a colostomy bag. I feel bad because she's so young for this (45). But she's had gut trouble for as long as I've known her. If this procedure alleviates that, after decades, it may be a blessing.

My oldest friend is still very loopy. She's recovering from wrist/elbow surgery four days ago. She told me her ankles have swollen and that it might be a reaction to the pain meds, or maybe kidney failure. She's going to the doctor tomorrow. If I seem nonchalant about this development, it's only because she's being very devil may care about it herself. Mostly she wanted to talk about a Three Stooges DVD she received as a "get well" gift.

My Aunt Jo had her gall bladder removed a couple weeks ago. Her recovery was proceeding according to plan until she overdid it at WalMart. She was so happy to be out and about, grocery shopping, that hurt herself while pushing her cart and is back in bed (though it's a bed in her home, not a hospital).