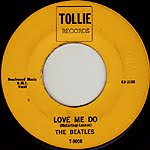 My uncle died Saturday night. He was 68 years old. He was suffering from pneumonia, which exacerbated his Parkinson's Disease. He had trouble swallowing and was facing the prospect of having a feeding tube inserted today, so I believe it was a blessing that he died peacefully, in his sleep.

In February, 1964, he took me along as he ran an errand. That day he bought me this record and told me that I had to watch The Ed Sullivan Show that night. 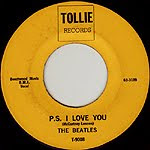 It was that night that I fell forever in love with Sir Paul.

He wasn't the best man in the world. He could be short-tempered and selfish. Sometimes his actions reflected a deficient value system.

And yet he was always good to me. I judge him by that. I remember him that way. I mourn him.