This one's for you, Bill 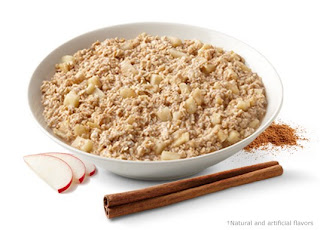 I had a good workout today and treated myself to a Quarter Pounder with Cheese for lunch. Which wouldn't have been a bad thing by itself, especially since I had the Fruit & Yogurt Parfait instead of fries. But then I gave in to temptation and had one of the 480 (!) calorie chocolate chunk cookies from Cosi that our admins put out for us to enjoy. Dammit!

Then I got home and began monitoring coverage of Bill Clinton's heart disease and the stents he received. Somehow the gooey hot ham and cheese panini I was craving just didn't seem appropriate. So, for dinner, I had a bowl of Quaker Apple Cinnamon Oatmeal. 130 calories and 3 grams of fiber.