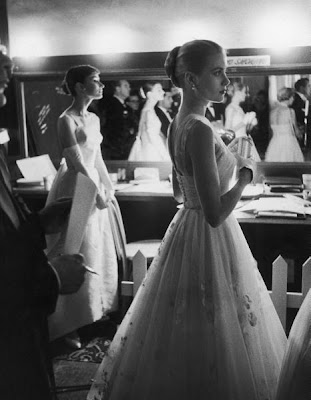 The Gal Herself shall return to the Academy Award telecast the way the swallows return to Capistrano, partly because I'm hot for Hugh Jackman, but also because it's the Oscars. It's glamour, it's history, it's Hollywood!

Of this year's crop of actresses, I can imagine Anne Hathaway dressed beautifully enough and moving gracefully enough to join these two in the pantheon of Oscar elegance. (Plus, her against-type performance in Rachel Getting Married could be as big a revelation as Grace Kelly's in The Country Girl, approx. a half century before.)

To make it even better, Jerry Lewis is scheduled to be honored with the Jean Hersholt Humanitarian Award. One of my guiltiest guilty pleasures is listening to Jerry's incoherent and frequently offensive ramblings. I enjoy it so much and so wickedly that I give generously to MDA in an attempt to cleanse my conscience.
Posted by The Gal Herself at 2/22/2009 02:21:00 AM