1) In this song, Post Malone tries to assure his ex that he's better now ... but he's not. He's still hurting. Have you recently told someone you were fine when you weren't? All. The. Time. I have not posted about my dear friend Henry because it is too difficult. But his condition is not good and he's on my mind constantly. My heart is broken. But ask me how I'm doing and I'll respond, "Fine. How about you?" We just have to keep going, don't we?
2) He and his girl were so close he introduced her to his extended family, and now his aunts and uncles wonder where she's gone. Have you remained close to an ex's friends/family? Nope.
3) He sings that he never meant to let her down. What about you? Have you recently encountered anything -- big or small -- that didn't live up to your expectations? The mysteries I've read recently have let me down. I would be willing to accept responsibility for this (maybe I'm just in a bad mood) except I'm enjoying the non-fiction I sandwich in between.
4) Post recently announced he will soon become a father for the first time. Do you know anyone who is currently expecting a baby? Nope.
5) Before making it big as a musician, he supported himself as a wedding DJ. Think back to the last wedding you attended. Did they have a live band or a DJ? DJ
6) Not satisfied being a successful musician, Post has branched out and introduced his own rose wine, Maison No. 9. Will you replenish your beer/wine/spirits this weekend? Nope. I had a tooth pulled Friday morning and will be on painkillers all weekend. Opiates and liquor are not a good combo.
7) Post Malone has more than 70 different tattoos. He designs them himself and is so into ink that he has tattooed his friends. Would you trust a friend or relative to do your body art (tattoo or piercing)? Or would you go to a licensed professional? Only a pro. And even then I'd be nervous. (It amuses to see tattoos on the arms of anti-vaxxers. Um, did they know for a fact what was in the ink injected under their skin?)

8) In 2018, when this song was popular, Sears filed for bankruptcy. In the 1970s, Sears was known as the place "Where America Shops." As of 2021, there were only 23 Sears stores left. Did you ever shop at Sears, either at the store or through the catalog? Of course, because I got a 15% discount. I worked at Sears for 10 years beginning right after high school. First I was a secretary and then I got my first writing job. I began writing about men's workclothes for the Sears Catalog. My first-ever headline was: "BLUE CHAMBRAY SHIRTS ... every way you like them." I saw someone lugging the big catalog home on the train and was so proud! 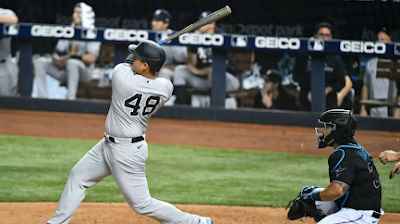