WWW.WEDNESDAY asks us three questions to prompt you to speak bookishly. To participate, and to see how other book lovers responded, click here. 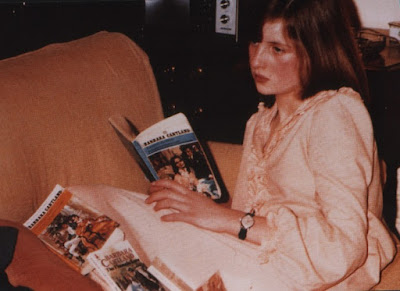 1. What are you currently reading?

Surrender, Dorothy by Meg Wolitzer. A freak accident takes someone away from those who love her. But who loves her most? The friends she shared everything with for the last decades, or the mother who gave her life?

I picked up this nearly 20-year-old novel secondhand somewhere (my local Little Free Library, I think) but it seems like it will really resonate with me now. For in October, my dear friend Henry nearly died. From his first conversation with me when he came out of his coma, to the most recent one we had last weekend, Henry has regularly said, "You are my sister." He loves, cherishes and needs me more than my biological sisters, the women I have drifted further and further away from since our mother died. Over these past few months, I have wondered about the ties of friendship vs. the bonds of family, and the nature of love.

I have barely cracked this tome open. Let's see if it's filled with the right words at the right time for me.


2. What did you recently finish reading?


Shadows of a Princess by P. D. Jephson. This is the memoir of Princess Diana's personal secretary. He worked for her through the final years of her marriage to Prince Charles through their separation and divorce, when she set up a separate "court" and began her short reign as The People's Princess. (Jephson resigned before the divorce was finalized and Diana began her fateful relationship with Dodi Fayed.)


Published in 2000, Shadows of a Princess was controversial at the time. The author maintains it's an honest portrait of his time in the Princess' employ. Princes William and Harry  said it was a hatchet job and cut ties with Jephson. 18 years out, I think both POVs are right. Jephson looks at Princess Diana the way most of us view our bosses. She can be demanding and exasperating. He also gives her credit for her hard work in service to Crown and Country. She is a patriotic Princess, eager to be more than a clothes horse.

He also portrays her as emotionally damaged, jealous and -- too often -- immature and self-destructive. Her fascination with seers and soothsayers, the faith she put in the ones who predicted a tragic future for her and/or Charles, was depressing. She also comes off as a devoted mother. Yes, at times, she allowed her sons to be "used" in her separation and divorce, but I have seen other couples unwisely allow their children to be pawns. Just because the Walses were Royal doesn't mean they ceased to be human.

It was an interesting read for its portrayal of day-to-day life for the Windsors. I learned what goes into a "walkabout" (when you see the Royals working a rope line), a visit to a hospital or senior center, a diplomatic trip to Egypt. The Brits do get something in return for the tax dollars that support this family. As a Yank, I'm not sure I understood that before.