A roller coaster week in the ICU 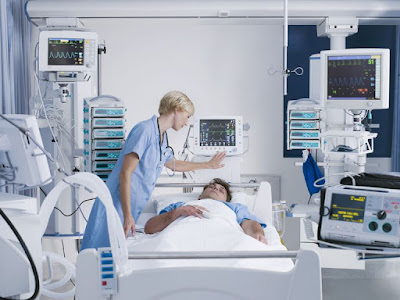 My friend Henry's condition continues to confuse and terrify. When he first got to the hospital, he was speaking and in English. He could move all his limbs and respond to direct commands. But, because he was so aggressive and angry, the neuro specialists agreed he should be sedated. It's important to keep him completely quiet, so his injuries remain contained and don't bleed. They are working hard to avoid operating on his brain.

They have been able to repair his broken ankle, which is good. Wonderful, in fact, if it wasn't for the traumatic brain injuries. For days though, he seemed to have regressed. No longer speaking at all when he's brought out of sedation, only thrashing and making loud, angry noises. Then he contracted a lung infection. Not an uncommon occurrence in the ICU, but troubling and complicating.

Finally, Saturday, there was a new glimmer of hope. His infection responded so well to treatment that his breathing tubes were removed. This made Henry much more comfortable, and consequently he's been more responsive. His partner, Reg, is back in Key West -- unfortunately, if Reg doesn't work he doesn't get paid -- spoke to him via phone. When Reg said, "I love you," Henry responded positively to his lover's voice, eyes lighting up, mumbling something that sounded much like, "You, too."