"Everybody must get stoned ..." 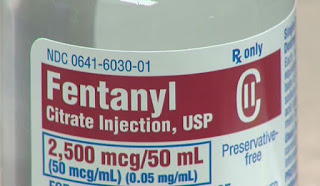 So today, I was under Fentanyl and it made me stupid. Really stupid.

While I was still sober and completely cognizant, I was admitted by a young man I found officious, literal, and insensitive to my panic. I firmly believe that a certain level of sensitivity is integral to that job, and he was lacking.

When I awoke in recovery, the tech who'd attended me during the procedure was the first one to speak to me. She was very sweet and cheerful, telling me to relax and stay still and sip the apple juice she brought. A bit later, the young man who admitted me came to check on me. I remembered instantly how much I disliked him.

"I don't know. 'Spose so," I replied, sipping my apple juice. I thought my reply was the funniest fucking thing ever, especially after I saw the confused look on his face. "OH? Are you asking me to TRY to get up?"

Oh, Gal! Noel Coward had nothing on you!

Then I was sure I'd lost my house keys. I checked my purse. The little locker where I'd stored my clothes. I gave my name and phone number to the hospital's lost and found. I looked under Kathy's car in the parking lot and then under the seat in her car.

I used the spare key I have hidden in THE SECRET PLACE and got into my apartment. Then I called a locksmith to get a spare key for my mailbox. The locksmith took pity on me and promised to be over here "first thing in the morning."

Then I found my key ring. In my pocket.