Hey! I think I love you! 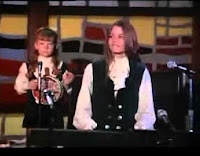 What has me channeling my inner Laurie Partridge? We have a new Account Director! AD, as I shall christen him, is taking the role previously played by Long Tall Sally and before her, The Chocolate Covered Spider. It's an important job, requiring both people kills and smarts, and we haven't had anyone good in this position for years. We've had petty, and overwhelmed, and batshit crazy, but not good.

I am extremely hopeful that AD will, indeed, turn out to be good. He's already asked smart questions, and already tried to build a relationship with me ... and he just started Monday!

I complain a lot about work, but that's because I really want to do a good job. And to do a good job, I need a competent Account Director. I hope that's exactly what AD turns out to be.