The world is treating me bad ... Misery! 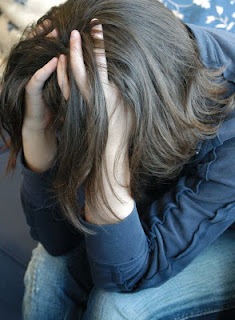 I care about my job. I really want to do well. But as The Big Project grinds on and on (the launch date -- originally in September -- is now early December), I'm finding it harder to care.

A big part of the problem remains Christine the Mole. She is very good at getting things done and making the trains run on time, but she's not a strategic thinker. She's focused on accomplishing the task before her and doesn't understand the ramifications of some of the client's requests. When I raise issues, and explain that if we do as asked we aren't really serving our client, Christine's response is, invariably, "I don't agree."

She's a freelancer! Why am I justifying myself to a freelancer? Her last day (God willing!) will be December 15. I have to live with the after effects of her short sightedness and resistance.

Thursday night, after a day of battle, I just felt so alone. I wanted to be distracted. I want to laugh. So I called my oldest friend.

She no longer has a landline and her cellphone voice mail was full. So I texted her. Hours later I got a text back -- she was at dinner with her daughter and would call me back if they didn't get home "too late." I never heard from her again.

I know that she's dealing with her own shit. She's in that program for bipolar disorder three days/week and back at work on Thursdays and Fridays. I am supportive of her efforts to get well and try to understand (as best I can) about her challenges.

But here's the thing: she expects me to be there for her, whenever. Like turning on the tap or flipping on the light switch. It is not reciprocal.