Writing it out, working it through, that's one of the things that makes blogging valuable for me. At the time that I post, it gives me an opportunity to examine an issue. In years to come, reading what I wrote gives me an accurate snapshot of who I was at that moment.

And who am I right now? I am a heartbroken, yet hopeful Gal.

I am so fucking sick of guns. The carnage that took place less than a half hour away from home is the latest and worst, but alas not the only, incident. As a child I was confused, frightened and hurt by the Kennedy assassinations. Since my birthday falls on 11/22, I cannot exaggerate the impact those 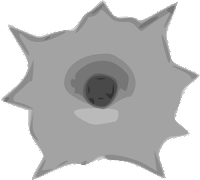 events had on me as a little girl. Then in 1980, John Lennon was shot. Shocking and incalculable.

In 1984, I served on a jury where a 22 year old girl shot a 41 year old bus driver. I did not believe for a second that the girl I voted to put away was an ongoing danger to society. The defendant was trying to board a bus on a day with a freak snowstorm that she wasn't prepared for. Unfortunately, her student pass was invalid because it wasn't a school day. She was 80¢ short of what she needed to pay the cash fare. The bus driver, a working mother, kept trying to get the girl to leave the bus. An argument ensued. It escalated and became physical and the bus driver responded by hitting the girl in the face with the metal fare punch. The girl lost it -- in that one tragic moment, she lost it -- pulled a loaded gun out of the waistband of her jeans and shot the driver in the chest. If we were in sunny Florida instead of snowy Chicago, perhaps the girl would have been able to plead, "I was standing my ground!" a la George Zimmerman, and walked free. As it was, we jurors deliberated for an hour and 45 minutes and found her guilty of second degree murder. She was sentenced to 30 years. As I understand it, she served 7 1/2 years for her crime.

As a juror, I know I did the right thing. I followed the law. As a society, I'm not so sure.

Then there was Blair Holt (2007), an honor student who was shot on a public bus as he tried to shield a classmate from gang gunfire. And perhaps worst of all, Yummy Sandifer (1994). This 11-year-old  was given a semi-automatic by The Black Disciples gang and used it to kill a 14-year-old. He escaped (not hard to do, I guess, when you're only about 4'8), but Yummy's crime got so much press and shined such a bright light on the gang activity that the Black Disciples decided he needed to be taken down as well. Yummy was found dead, face down, in an empty viaduct.

These cases have really got under my skin.

As the NRA continues to pressure lawmakers, influencing them away from doing the right thing, I must do more. I'm not unsophisticated about how it works. I can write letters, I can give more money, to support commonsense solutions to this scourge.

I'm so tired of being mad.