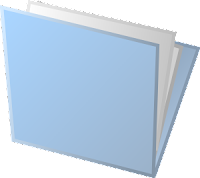 Issues related to my mother's final affairs are slowly grinding to resolution. I transferred the gas out of my name to that of the reverse mortgage company. If they don't want to pay it, that's their business. I'm done. As of February 1, I have ceased footing the bill for snow removal at my mother's home, as well.

The electricity is a bit more complicated, because my mother never switched that account from my dad (who died in 1991) to her. Commonwealth Edison wants proof that he's dead. I don't have his death certificate and I'm not going to incur the expense of getting another one. After all, since my mother had a reverse mortgage, her home was never legally my responsibility. I have just been paying the utilities so my kid sister would be comfortable as she went about the painful business of disposing of our mother's belongings. Now that is done, and so is my largess. So I told the customer service rep that I would send them a letter from the cemetery, listing my dad's plot number and the date of his burial. After all, we wouldn't bury him if he wasn't dead, would we? Well, the ComEd rep said he wasn't sure they could accept that as documentation. "So what then?" I asked. The rep responded that since I am not -- nor have I ever been -- responsible for the property, I should just ignore any bills I continue to receive. "Eventually," he said, "the power will be turned off one way or the other." Seems incredibly wasteful, doesn't it?

Then there's the reverse mortgage itself. Early last month, my lawyer notified the reverse mortgage company that we wanted to do a "deed in lieu of foreclosure" and that as of February 1, I would not longer care for the house in any way. It took them forever and ever to get back to us, but finally they have -- with a list of 8 demands. My lawyer told them that four were unacceptable to us, since we were never the homeowners and we never entered into any agreement with them. He told the company what they already knew -- that the "deed in lieu" not only gives us a sense of closure, it saves them much of legwork and expense that accompanies a typical foreclosure. Their rep said while that may be true, their inviolate procedure demands we sign the letter with 8 terms that she sent us. And so we are, with 4 of the 8 crossed out and our initials beside the big old X's.

By "us," "we," and "our," I refer to my kid sister and I. It remains to be seen if my older sister will get on board with us. I don't know what I'll do if she refuses. Or if the reverse mortgage company refuses to accept our revised letter of intention.