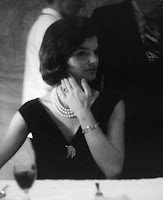 This week's challenge: Using between 33 and 333 words, write a response including the third definition of the word:
enig·ma noun \i-ˈnig-mə, e-\
3: an inscrutable or mysterious person

Sherry not only admired these women, she fixated on them. Her “girl crushes,” she called them. They were all considerably older than she, from an earlier generation when it was more common to keep your own counsel.

Not for her was Princess Diana, who willingly shared her feelings about Charles and Camilla with Martin Bashir … and a worldwide TV audience. Or Britney Spears, who in a sad display of manic-depression or rebellion gave the paparazzi a peek at her genitalia as she got out of a car. Or the Kardashians, who seemed to evaporate if they weren’t on camera.

It wasn’t just that Jackie, Audrey and Grace were beautiful and dressed and behaved, as Grandma would say, “like ladies.” It’s that each was an enigma, unwilling to share too much of herself with a voracious public. By holding back, they held us in their thrall. 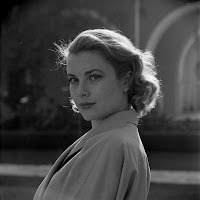 Sherry was just the opposite. She was as complex as a glass of tap water. As mysterious as white bread. As sophisticated as a kitten. She suspected this was why she was chronically unlucky in love, and was certain that if she studied Audrey, Jackie and Grace closely enough, she would learn how to enchant men with her own aura of glamorous, inscrutable self-containment.

What Sherry never understood is how like "her girls” she already was. For while these icons may have enjoyed the enduring adulation of the masses, they – like Sherry – somehow never enjoyed the fidelity of the men who mattered most. If only they could respond, the women she admired so might just tell her that the heart is the greatest enigma of all.