The less I see you, the more I want you 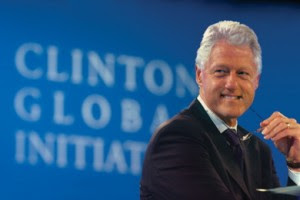 I just watched The Big Dog, President Bill Clinton, on Meet the Press. As he effortlessly answered questions about his work with the Clinton Global Initiative … Israeli-Palestinian relations … his wife's performance as Secretary of State … the economy … Barack Obama's re-election strategy … the GOP field … I was struck again by his intellect, charm, and overwhelming joie de vivre.

Of course, I can afford to adore him because we see him only occasionally. When he was at the center of our political life, the constant exposure remorselessly revealed his weaknesses as well as his strengths.