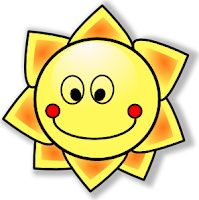 He has a heart as big as all outdoors and has never, ever shrunk from helping a friend. While I don't know the details, I suspect that some of those he's been there for in the past are rallying around him now. I also know his longtime lover has been there for him, too.
Posted by The Gal Herself at 6/13/2011 08:18:00 PM