Oh, goodie. Found out this weekend that my eyes have gotten worse over the last year. So instead of spending $100 this month for replacement contact lenses, I am spending more than $600 on new glasses and a new set of lenses. I economized this year over last year -- this year's glasses cost the same as last year's, even though I added photogray lenses, because I stayed "on the wall" and rejected the saleslady's entreaties to select a pair of more expensive frames "from the case."

Then the air purifier tower in my bedroom started grumbling and rumbling. Even with a clean filter, the noise continued. So I know it's just the motor has worn out. No surprise, really, since of the two towers I bought a couple years ago, it's the one nearest the cat's commode (and I have three cats and two boxes) so it's been working extra-hard for more than two years. I c 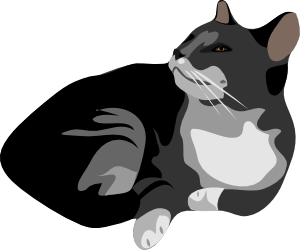 omparison shopped and ordered another one from Overstock because it was cheaper in both sticker price and shipping cost than Amazon. I paid with Paypal so that I could use the money I raised by selling books on eBay toward the new appliance.

Both the glasses and the air purifier are important for my health and I want to economize, but not scrimp. Still, I'm not happy that I spent more than $700 on stuff I didn't really budget for and certainly didn't enjoy this weekend.