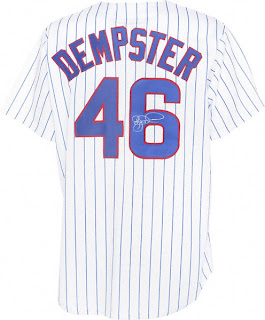 Yes, this season has sucked. But even a season of bad baseball has its bright spots, and Ryan Dempster is ours this year. He just earned his landmark 100th win and it was in Milwaukee, so a lot of Cub fans were there, so that's a delight.

Demp is deservedly a fan favorite. Spirited and funny, a great Black Hawks fan, a devoted dad and humanitarian (his daughter has a rare disorder and his foundation raises money and awareness).