Today is my uncle's birthday

I mailed his card back on Monday, so he should have it by now. I hope he's having a good day. He suffers from Parkinson's, and doesn't know until each day dawns whether he'll be high functioning or not.

I love him and think of him often. So I figured today would be a good day to paint a bloggy picture of him.

He is 67 today, nearly 15 years my senior. He was a sophomore in high school when my mom asked him to be my Godfather.

He could make me laugh harder than anybody, before or since, whether he was holding me b 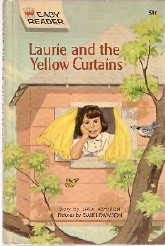 y my feet and tickling me or telling corny jokes.

For Easter one year, he gave me a copy of this book. He hid it beneath the the floormats of his blue 1964 Mustang convertible.

He was in Viet Nam for two years. I loved getting letters from him and looked forward to seeing his handwritten "FREE" in the upper right corner instead of a stamp.

He enjoyed getting tapes from me. My grandmother bought a reel-to-reel tape recorder so he could hear our voices. But most of the family was tongue-tied, whereas I was a naturally blabby young thing. He still remembers how I updated him on Batman and Robin TV show or my school lessons. One of his fellow soldiers christened me "The Magpie."

When he came home from Viet Nam, I brought him to school for "show and tell." I still remember him sitting on the window sill of my third grade classroom, in his uniform, answering my teacher's questions about teamwork. I was so proud!

He believes that repeated exposure to Agent Orange exacerbated the Parkinson's Disease he now struggles with. If he's right, that's a sin.

Upon his return from Viet Nam, he put what money he had in real estate. By going in with an investment group for a building on Chicago's Michigan Avenue, he became a millionaire. He's very proud that he showed such exceptionally good judgement, even though he only has a high school education.

A naturally gifted athlete, he tried to teach me to ski. That didn't go so well.

He once had a turtle named Dog. Or was it a tortoise? Anyway, Dog got too big and he reluctantly donated the pet to the Morton Arboretum.

He loves cats. He named his first cat Dumbo because of its ears. He currently has a very chill gray and white striped cat named Bennie. She's a blessing because she doesn't seem to mind, or even notice, the spasms he suffers on his bad days. (He frightened the new puppy he had recently and that broke his heart; that dog now lives with his stepdaughter.)

He loved the Florida Keys. As do I. Unfortunately, he can't travel anymore. So I always remember to send him a postcard when I'm down there for the holidays.

He's my mom's baby brother. It's sweet to watch to them now, the last left of their family, when they reminisce. I especially like the stories where he's the obnoxious kid brother tormenting his goody-two-shoes big sis, like when he put harmless green snakes in the clothes hamper on laundry day so my mom would reach in and ...