Not a damn thing was accomplished

I have celebrated the Fourth by doing nothing. I feel kinda bad about it, but not that bad ... or I would have accomplished something. 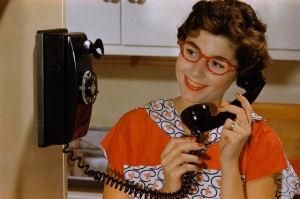 Spoke to my friend from California today. She began the conversation by saying she thinks she's on "a manic swing," and I agree. She was filled with plans for starting her own business on the side. Her son helped her set up a website. She looked into ordering business cards. She was so happy and positive.

Which is why I chose my words carefully. I didn't want her to think I was peeing on her parade. I told her my fear wasn't that she'd fail. I said I was worried that she'd make such a success of it that she'd be overwhelmed.

I pointed out to her that at times (meaning, "usually"), she is so overwhelmed at the office, so tired on weekends, that she never goes to the movies, can't summon up the energy to join a book club, doesn't even stay awake long enough to watch the late night comedy shows. How will she handle it when she hits one of those busy/overwhelming patches and she has extracurricular clients depending on her?

I mean, just last week she was talking about taking a week off work to "decompress" (my word). To eat nothing but healthy food, to exercise, to write in her journal, to get her head back on straight. That was last week. This week she's launching a business in her spare time.

I know this is part and parcel of her bipolar condition. If it's difficult for me to listen to, it must be a million times harder for her to live with. That's why I hope that she heard me when I said I was sure she could do this, that I know she has what it takes to be a success, and that I will help her. I want to sound supportive.

I also hope she heard me when she said she needs to talk to Susan (her psychologist) about all her big plans. I don't want to see her setting herself up to for stress and failure.