1) This week's featured artist, Linda Ronstadt, turns 69 next month. Will you be celebrating any family/friend birthdays this summer? I just celebrated Barb's birthday with dinner and the Gloria Estefan play. It was fun. My friend John and I are celebrating his landmark 60th within The Friendly Confines of Wrigley Field. I am soooo excited!

2) Linda sings that she's learned her lesson and it's left a scar. Tell us how you got one of your scars. In 2013 I had a mole removed from my lip. It was the only thing I had in common with Cindy Crawford, and now it's gone. Anyway, the plastic surgeon did a very good job and all that's there is a thin, vertical scar that looks like a laugh line.

3) This song is about a lover who is, obviously, no good. Let's be more positive. Who is the nicest person you know? I suppose my friend Mindy. She tries to see the good in everyone.

4) Linda says that she grew up on Mexican music, which was sung by her entire family. Do you speak any Spanish? Una muy pequeña

5) She toured often throughout her career and is quoted as saying, "they haven't invented a word for that loneliness that everybody goes through on the road." Are you missing someone right now? Yes

6) Ms. Ronstadt was once involved with George Lucas of Star Wars fame. Who is your favorite Star Wars character? Not really. I never enjoyed those movies.

7) In 1974, when this song was a hit, The Magic 8 Ball was still a top-seller at toy stores. It retailed for just $1.99, and promised that all you had to do was gaze at it, concentrate, and wait to learn your fate ... "if you dare!" If you could get an answer to one question about the future, what would you ask? How soon will icky Christine be out of my life? 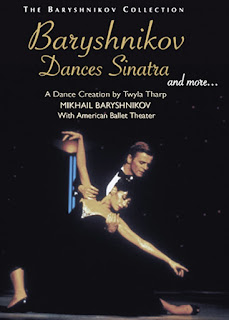 8) 1974 is the year when Mikhail Baryshnikov defected to the United States. Have you ever been to the ballet? Yes. And back in the 1980s I saw Mischa twice: first in a Sinatra/Twyla Tharp piece and then in Le Corsaire. It was thrilling. Watching him dance was like watching Michael Jordan play. It's a privilege to be in the presence of that level of awesome. I'm so lucky to live in a world class city.