"My baby just wrote me a letter"

Last weekend I found myself distracted by my boss' bizarre behavior after the defection of his blonde mafia. A long-married man of about 60, he works overtime to be charming and relevant to the 35 year old Chocolate Covered Spider and 29 year old Blondie McBlonderson. Sometimes I think it's sweet that he's crushing on them, sometimes it hits me as a little skin crawly. Well, now that they have both resigned and are working through their notice, he's gotten downright wacky. 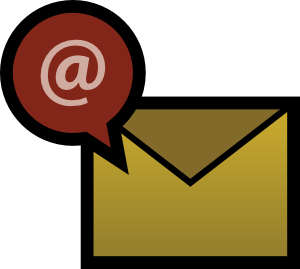 This week, I found out about the email. After Blondie told him she was leaving, he fired off a very emotional email. He told her how angry he was that she was leaving, that he felt as though she'd "knifed him in the back."

What? She's leaving to work with her husband in his internet start up. My boss didn't enter into her equation at all.

Even worse, he visited out clients' downstate offices and actually asked our client contact if she was as "mad" as he was about Blondie's and Spidey's departure.

What? Yes, by all means, put it in our client's head that she'll be getting a compromised level of service from us.

This whole thing is getting so creepy that I don't want to go in tomorrow. Too much weird.