Another victim of the mortgage crisis 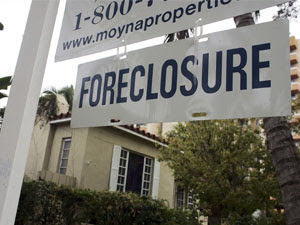 My friend Kathy just turned 61 this month. And she's in trouble.

She went into real estate in 2001, when the market was booming. I had finally decided to take the plunge and buy my own place, and I became her first client. We closed the first week in July.

She's been unable to make a go of it. Every time I see her, she tells me she has just "rounded a corner," gotten a handle on it, figured out how to succeed. But it never lasts. If she couldn't make a living in real estate in a seller's market, it stands to reason that she's really suffer now, when there are more homes than buyers.

This week she told me it was so bad that she simply could not talk about it. We were out celebrating her birthday, so I let it go. She had asked in advance that I not give her gifts this year. I was expecting her to tell me it's because she was doing so well. No, the truth is exactly the opposite.

This is not the first time Kathy and I have been in this position. 20+ years ago, when we first met, she was a single mother in her 30s and I was in the wildest phase of my 20s. We were both copywriters and she looked upon me the way people look at puppies who haven't quite grown into their paws yet. "Oh! Look at her antics! Isn't she cute!"

But then, right around my 30th birthday, I began taking myself seriously as an advertising writer. I won a Clio and an Echo and started looking at each new job as a wrung in the ladder as I moved up in my career. This is the time when she decided to go out on her own, representing herself as a free lancer rather than working for an agency.

Kathy said there no hard feelings, but there were. She resented me, or was embarrassed, and that's when the digs began. I was building a niche for myself as a financial writer, and that was fine for ME, but she was too creative. She couldn't be bound by all those restrictions. She was an artist, really, and was happier pursuing her own, more varied clients. OK. Whatever. I wanted to do a good job, and in a very Becky Bloomwood twist, financial writing actually comes easily to me (even if my personal finances don't).

Shortly thereafter, Kathy had to file for bankruptcy. She made an innocent but incredibly costly mistake on her taxes. The IRS didn't penalize her, but they did insist she pay back taxes with interest -- after all, ignorance of the law is not an excuse. She started having medical problems then, of course, when she had no insurance.

So she took a job at a local supermarket. In the bread department. She went in planning just to log enough hours to qualify for insurance. But it turned out to be much more than that. Kathy was in her element. Because by now she was nearly 50 and a grandmother, she was more mature than a lot of the other checkers and stock people in the store. She was soon a manager, in charge of schedules and new employee orientation, etc. Then she became the store's liaison with the community -- scheduling the charity "shop and share days," making sure that the store was fair to all the Girl and Boy Scout troops when it came to selling out cookies or popcorn out front, giving tours of the store and explaining the value of organics to school children or cooking classes. She was happy and she felt she was contributing.

The store was suddenly under new management, and Kathy had a hard time adjusting. That's when she decided to be her own boss again, so she went into real estate. She lost her group insurance benefits with this move, but she thought that with menopause her health problems were behind her. Besides, real estate was new dot-com. Property values were rising and buyers were in bidding wars for terrific properties. How could she not succeed?

Yet she didn't make it work. Now she's living in a small apartment with no sofa and no TV. (The sofa was ruined and set broke and she can't afford to replace them.) She has non specific bleeding on and off but can't afford going to the doctor. I have scolded her for that but it didn't sit well. First of all, to her, I'm still that young pup who needs HER advice and on top of that, she likes to politicize the situation: It's OK for me to run to the doctor and take medication whenever something bothers me, but she chooses to become more in touch with her own body, listen to it, etc., without becoming a sucker to the medical establishment. I avoid saying, "What you're really saying is that you're pissed that I have insurance and you don't." But it's hard.

She's in her 60s and she's scared. She's no business woman and she's failed again, now, at a time when she can't afford to. I worry about her. She has plans to get back on her feet. She's taken software courses at the community college and wants to become an administrative assistant, starting out as a temp. It's her goal to be a fill-in at various places until she finds one she really likes, and then to make herself permanent. That will help her with insurance, but I think she accepts the sobering reality that she will never be able to stop working.

She's a good mother. I hope she is honest with her ex-husband and kids about what's going on. I know they will want to help her.

I want to, too, but I wonder if she'll accept it. I think I've come up with a way that she can't refuse. She's a first-time cat owner, and I think I'll get her a Petco giftcard for Mother's Day and sign it from her cats. I know quality litter and kibble can be expensive, and I think if I word the note on the card just right, she'll think it's cute and her pride won't be wounded. I know that right now, she feels like she's failed again and I have to be sensitive to that.
Posted by The Gal Herself at 2/16/2008 03:28:00 PM