I like books. Bound books. With pages. I have a Kindle Fire, and it's fine for reading magazines and answering quick emails, but I don't want it to replace my books!

But I get it in a way. I'm reading this massive (800 pages!) biography of Frank Sinatra and it was just too heavy for my carry on. So I left The Voice behind when I went to Los Angeles, and I missed Frank. 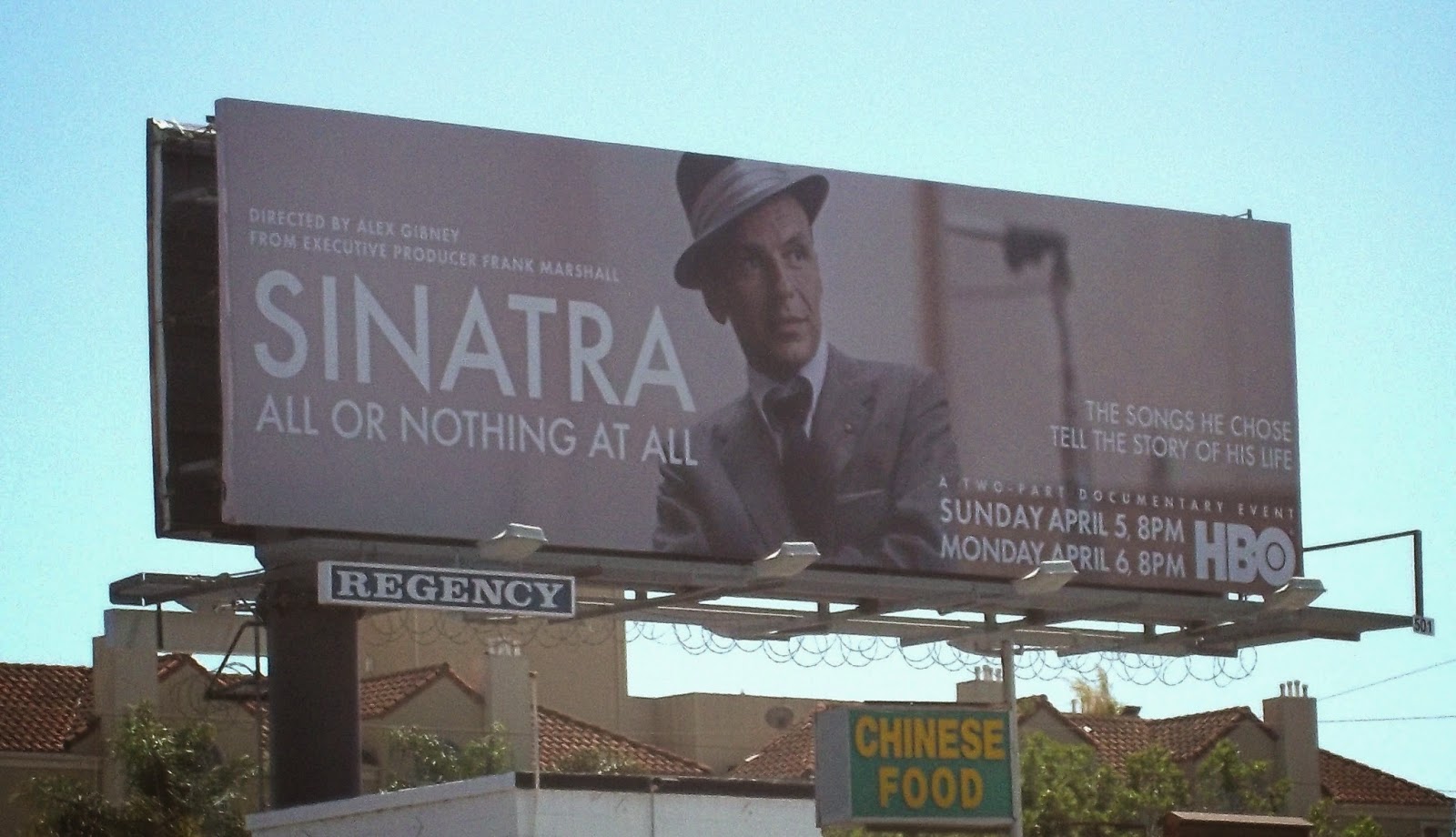 This billboard was right across the street from my hotel, and it made me long for my book. The hotel had OnDemand and I was able to watch the HBO special again at bedtime.

I love reading heavy books about complicated men. In 2013, it was Capone: The Man and the Era. In 2014, it was The Patriarch, about Joseph P. Kennedy. Now it's Frank. Rogues all. (Though it's not fair to Kennedy or Sinatra to equate their undoubtedly darker deeds with the murderous Capone's.) Somehow the battle between their angels and their demons makes them more interesting than reading about a straight-up hero.

The thing about Sinatra, too, is that he was an artist. He's enjoying a renaissance in time for his 100th birthday, and I bet people not yet born will enjoy his music and his movies on his 150th birthday, too. Sinatra's secret seems to be that heard music different and he felt life so very keenly. Love, vulnerability, lust, confidence, loss -- and he poured it all into his singing. He could soar and he could ache, all in the grooves of a record. The downside to that sensitivity was selfishness, anger and regret.

Sometimes as I read, I'm grateful that I'm really not that special. As John Lennon once told Rolling Stone, "Genius is a kind of madness … genius is pain."